A massive tree die-off in California’s forests and a burgeoning biomass energy industry may seem like circumstances that point toward an obvious solution, but the environmental implications of more biomass energy have yet to be fully explored. 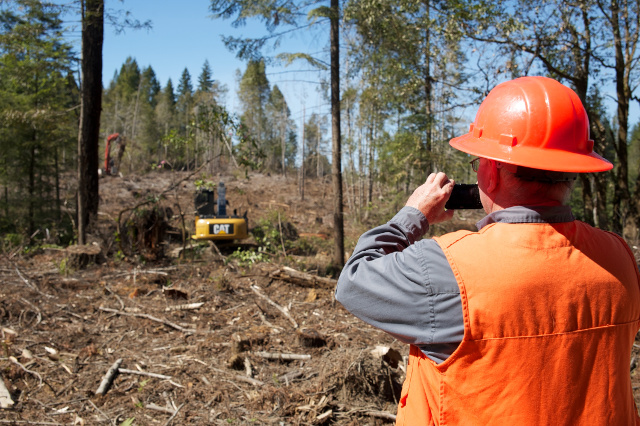 That’s where an upcoming collaboration among researchers at Humboldt State and the Schatz Energy Research Center comes in. Last month, the California Energy Commission announced intent to award HSU Environmental Science and Management Professor Kevin Fingerman and colleagues a $1 million grant to explore the intricate effects of biomass energy systems, including their impact on net greenhouse gas emissions, wildfires, soil fertility, and other considerations.

“People are asking legitimate questions about using biomass—we’re seeking to answer those questions,” Fingerman says. Biomass has been touted as a sustainable source of energy, but its efficiency and environmental impacts can vary widely, he says. On top of that, while there are many policies supporting these systems, they don’t tend to distinguish among them based on empirical assessments of their impact.

“I could tell you a ‘bad story’ about biomass,” Fingerman says, where trees are farmed to be shipped across the ocean and burned for energy generation. “Or I can tell you a ‘good story’ about making local use of forestry byproducts that would otherwise have been burned in an open pile in the forest.”

“Biomass energy has been controversial—for some good reasons,” Fingerman says. “Policymakers need better scientific information. The study is not intended to support or to oppose the biomass industry but instead to shed light on the variety of impacts in this industry and how policy might be framed to support best practices.”

To flesh out the three-year study, Fingerman has built a consortium of HSU scientists: Forestry Professor Jeff Kane will address the issues of wildfire risk and severity; Forestry Professor Han-Sup Han will lend expertise on forestry practices and how they intertwine with biomass energy production. In a separate study Han has been leading since 2014, researchers are looking at how to most efficiently convert wasted forest residues into renewable fuel and other valuable bio-based products.