A Family of Lumberjacks Through and Through 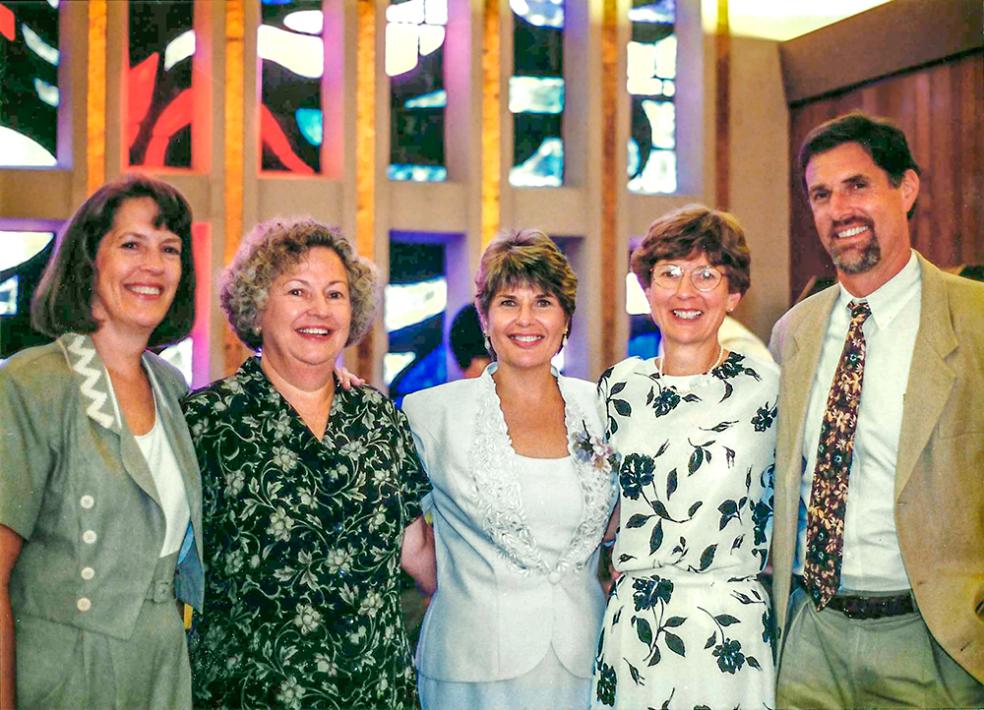 Many of Beryl Avila’s family members are Humboldt graduates.

“There was never a choice about whether we were going to college or where we were going,” says Avila (’65, Elementary Education). “My parents felt we couldn’t do any better.”

That feeling was in no way a slight on her and her siblings, but a belief that Humboldt offered everything they would possibly need in their college educations.

“I felt like it was as good an education as I could have gotten anywhere,” Avila says. “I felt very well prepared. I had excellent teachers. We had some very high-caliber teacher trainers.”

It was also a practical choice. Her family lived in Arcata until she was in the third grade, and then moved to Eureka where she graduated from St. Bernard’s Academy. The nuns there, she says, encouraged her and other students to apply to Catholic colleges in other parts of the United States.

But Humboldt was it. And it was exactly what she, and many others in her family, needed. All of her siblings earned their teaching credentials and went into education.

Following her graduation—on a foggy day—Avila taught elementary school for five years in the Sacramento area, where she now lives. She quit working when she had the first of her two children. Later in life, she moved back into the workforce, spending 14 years with Caltrans. She spent her first five years with the state agency as a training instructor, applying the skills she had used working with young children to her adult co-workers. She retired as a staff manager.

Avila’s parents were education majors as well. But, she says, they graduated during the Great Depression and few jobs were available. Her mother chose to stay at home and raise her children, while her father worked in management for both the Golden State Creamery and the Arcata Redwood Company.

Wherever she goes, Avila says she finds connections to Humboldt.

“It’s amazing how often the University comes up in conversation,” she says. “Many times, I’ll run into people who are from Humboldt or have a connection.”

Sometimes that connection is indirect. A close friend  is an alumna of Chico State, which, at the time Avila was attending Humboldt, was seen as the school’s archrival (and still is).

“We kibitz each other,” she says with a laugh.

Like her, all of her siblings left the area to find jobs, although Humboldt, she says, remains dear to them.

“We’re a close family,” she says, “and when we get together, it’s something we always talk about. We talk about how lucky we were to get an education there.”

Photo: Beryl Avila, center, stands with her siblings, from left, Helen Peterson, Carla Munther, Barbara Munther-Kingshill and Bob Munther, all of whom, including Avila, are Humboldt graduates.