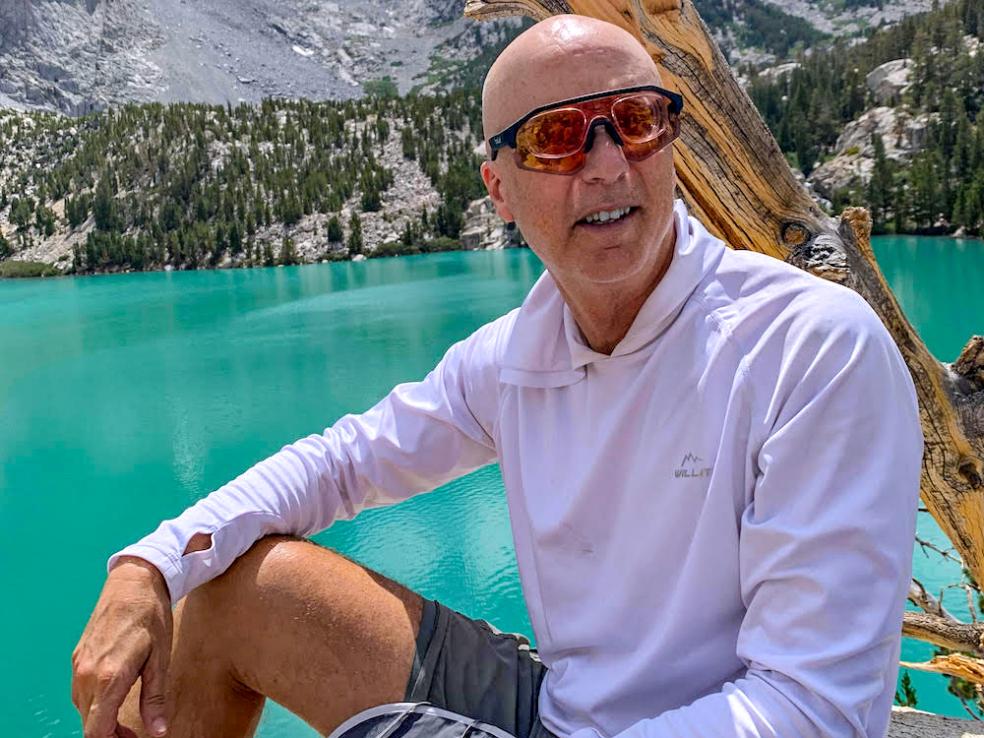 “I would not be the person I am now had I not gone to Humboldt,” Jacob says. Today, that person is a proud alumnus whose work in managed healthcare has touched the lives of thousands of people, and who is excited about the future of Humboldt as a polytechnic university.

His passion for Humboldt shows in a recent $100,000 planned bequest commitment to Cal Poly Humboldt, where he met his wife Eden Rubio Furgatch (‘83, Nursing) in the Nursing program.

Forty years after graduation, Jacob remains deeply connected to the school where he met his future wife. After Eden passed away in 2020 from cancer, Jacob established the Eden Rubio Furgatch Memorial Scholarship Fund in her memory. After her death, he took a 3,500-mile motorcycle trip along the West Coast, ending at Sue-meg State Park to memorialize Eden.

It was on that same trip where he re-connected with Nursing program alumni and together, they began planning a reunion. This month, Jacob and 16 alumni are returning to Arcata for a 40th anniversary reunion with classmates from the program. During the three-day event, alumni will have the opportunity to go down memory lane during a Meet-and-Greet at the Plaza Grill, dinner at the Humboldt Bay Aquatic Center, and other activities.

For Jacob, the upcoming reunion is a reminder of a journey that began at Humboldt, where he initially enrolled as an Art major. “I chose Humboldt for its beautiful location, the small student-teacher ratio. It also had–and still does have–a great ceramics program,” he says. His interests shifted to healthcare and in his junior year he entered the Nursing program.

“I saw the opportunities to explore many different areas of healthcare, from the bedside to the boardroom, with a Nursing degree. And because there weren’t many male nurses in the early 80s, I also wanted to try something that was considered different at the time,” he says. “Nowadays with a Nursing degree you are only limited by your imagination as to what you want to do.”

Jacob’s 30-year career in managed care is testament to the versatility of a Nursing degree. After graduation he worked in the emergency room at Providence St. Joseph Hospital Eureka. He transitioned from clinical areas to the business and administrative side, with an emphasis on bridging the gap between computer systems and the delivery of care.  Along the way he held  several executive positions at a regional and national level, from vice president and chief operating officer, to chief executive officer.  He’s now president of Harbor View Health, Inc., a consulting firm based in Southern California.

Jacob made a planned gift through his estate plan and is now a member of the HSU 1913 Legacy Society, which honors donors who have designated Cal Poly Humboldt in their will, trust or other planned gifts. Like Humboldt’s original benefactors, members of the 1913 Legacy Society have made a vital commitment to the future of the University and have also set an inspiring example for others.

For information on how to leave a gift in your estate plan, please contact the Cal Poly Humboldt Foundation at giving@humboldt.edu or call (707) 826-5200. More: giving.humboldt.edu.