Researchers from Humboldt State University will continue studying marine life in protected areas on the North Coast, thanks to $9.5 million in total funding. 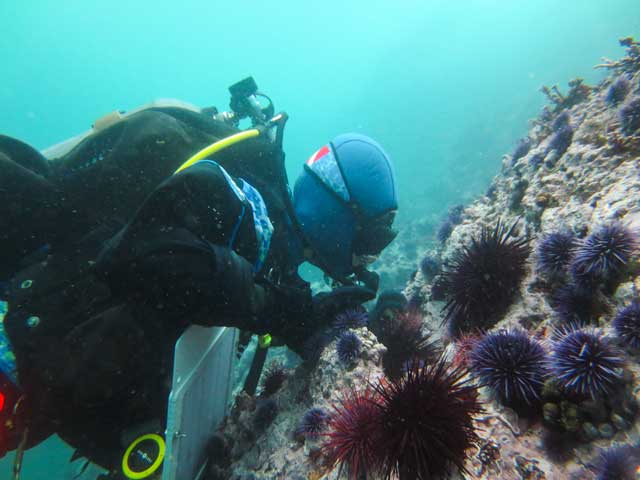 The new awards--administered by California Sea Grant in partnership with the Ocean Protection Council and the California Department of Fish and Wildlife--will support up to three years of research for the state’s network of 124 marine protected areas (MPAs).

One of the Golden State’s most treasured resources for tourism, industry, and recreation, California’s 840 miles of coastline is also home to a diverse abundance of marine life. In order to protect the thousands of marine species who depend on coastal habitats, the California Legislature passed the Marine Life Protection Act in 1999. After years of lobbying by scientists and environmentalists, the state finalized the current network of MPAs in 2012.

The law established a statewide network of MPAs, areas designed to safeguard the biological diversity of coastal habitat while supporting scientific research.

Researchers began collecting data in several MPAs in 2007, though baseline monitoring only began on the North Coast in 2014, says Tissot, a Biology professor who is also the director of the Humboldt Marine and Coastal Science Institute and HSU’s Marine Lab. At a 2017 Marine Lab symposium, data and reports were presented on baseline monitoring in MPAs along the North Coast. With the new funding, HSU faculty and students will join researchers to conduct long-term monitoring throughout the California coast. They will also provide scientific reference points to protect marine habitats, fishing communities, and coastal ecosystems for generations to come.

“With this new grant, we can evaluate statewide data and make recommendations to the state on its MPA Monitoring Action Plan,” says Tissot.

Environmental Science & Management Professor Laurie Richmond will be collaborating with a team of researchers to conduct socioeconomic monitoring related to consumptive human uses within MPAs. Her research focuses on commercial and charter (or commercial passenger fishing vessel) fishermen to examine potential impacts from MPAs as well as monitor the health and well-being of California’s fishing communities in the context of MPAs.

“With long-term socioeconomic monitoring that includes an analysis of landings data and conversations with fishermen, we may better be able to understand how fishing communities have been affected by MPAs and how they have adapted to MPA implementation,” says Richmond.

As the public eye turns west toward the ocean with the increasing threat of climate change, ongoing MPA research will be critical in shaping policy on California's famous coastline. “We need to spend significant effort in understanding the changes in marine ecosystems everywhere along the coast so we can adapt our resource management strategies to a rapidly changing ocean due to climate change,” says Tissot.