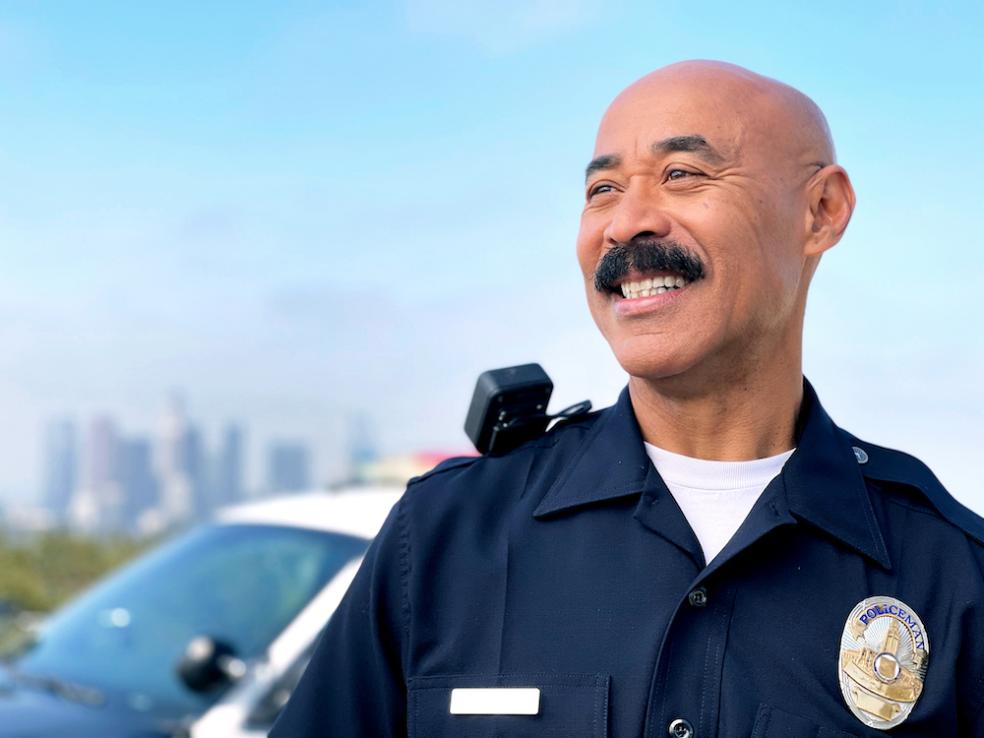 Like many students, Cecil Rhambo (‘80, Sociology) arrived at Humboldt State University sight unseen. Raised in South Los Angeles, he chose HSU for college to indulge his love of nature, and to try something new. Four decades later, Rhambo says that the unparalleled connection to nature he experienced at Humboldt still shapes his worldview as the Chief of Police at Los Angeles International Airport (LAX), the nation’s largest airport police force.

“HSU was an exhilarating experience: Going to the beach in Trinidad, floating down the rivers, seeing Patrick’s Point [Sue-Meg State Park] for the first time,” recalls Rhambo. He particularly remembers a camping class where the instructor led the students into the forest in the middle of the night. “We had so many amazing experiences in nature.”

As a college student in the late ‘70s, Rhambo says Humboldt was an interesting environment amidst the backdrop of global political events like the oil embargo and Iran hostage crisis. “As you grow older, you see how interconnected things truly are,” says Rhambo. “Living so close to nature and other cultures at HSU, like local Native tribes, really showed me that.”

Rhambo earned his bachelor’s degree in Sociology, which imprinted on him how people’s behavior is often a product of their environment. It got him thinking about his criminal justice and his own upbringing in South Los Angeles. After graduation, a friend told Rhambo about openings with the LA Sheriff’s Department. He took a leap and returned home to begin a 36-year career as a public servant in law enforcement.

Today, Rhambo describes his current role as part policy-maker, part community leader, and part police officer. Looking to the future, he hopes to shift from analyzing policy to creating more opportunities, especially for previously incarcerated individuals and other marginalized populations.

Some of Rhambo’s notable accomplishments include assisting in the formation of the Shooting and Force Response Teams following the 1992 Los Angeles riots, modeling the “soft approach” that pairs sheriff’s deputies with outreach workers to connect homeless individuals with resources, and banning the use of the chokehold following the murder of George Floyd in 2020.

“The basic tenets of law enforcement are still the same today––community engagement and community interaction––but police work has to keep evolving,” explains Rhambo. “At the end of the day, everyone deserves to feel safe.”