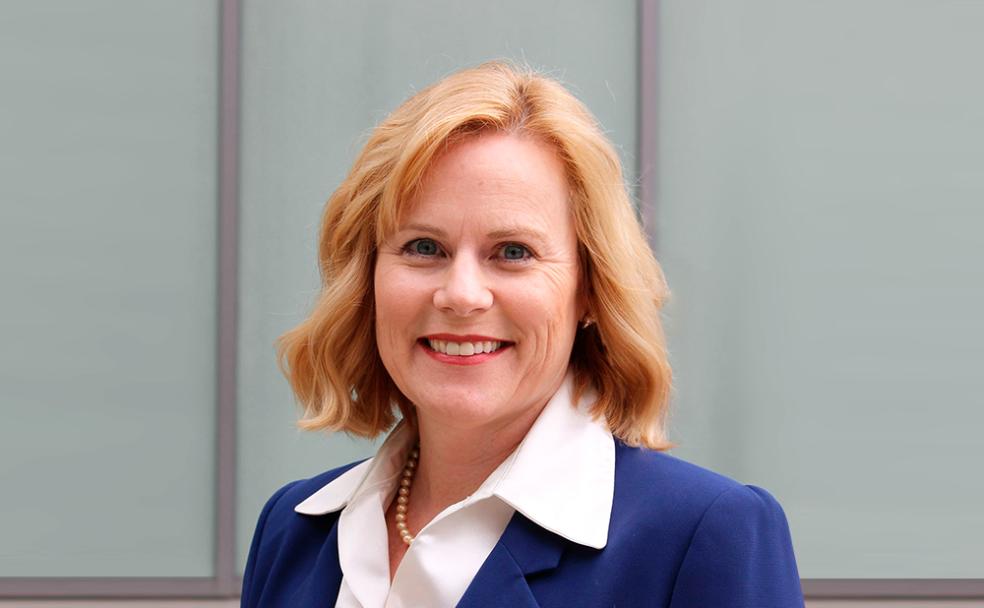 Despite overseeing 3,500 employees, the director of California’s Department of Industrial Relations says she gets lots of blank looks when she tells people the name of her agency.

“People frequently recognize CalOSHA, or the Labor Commissioner’s Office, or the Division of Workers Compensation,” she says. All of those agencies are under the umbrella of Industrial Relations. Hagen, who took charge of the agency in 2020, is an expert in human resources and administrative troubleshooting. She says, like many large organizations, hers is grappling with balancing a hybrid workforce and addressing the operational challenges of coordinating more than 50 worksites across the state. Hiring qualified personnel, she says, is her top priority.

State government wasn’t the direction in which Hagen was pointing herself when she arrived at Cal Poly Humboldt in 1990. Having spent her senior year abroad in Belgium, the Ukiah High School graduate  was aiming for a career in international relations.

But after a sophomore-summer internship in Rep. Dan Hamburg’s Washington office -- where she helped research and write legislation -- and working on a voter registration campaign to help with Rep. Mike Thompson’s reelection (he was then a state senator), the picture shifted for her.

“I decided I was interested in state government,” she says, adding that Humboldt helped give her the tools she needed. “Humboldt really taught me the value of arming yourself with accurate information and researching every angle of an issue there is to look at.”

She spent two years after graduation working various jobs in Sacramento before landing a position at the Department of Corrections, where she spent 15 years. Early on in that stint, she earned a Master of Public Administration degree from the University of San Francisco.

“It was at Corrections that I got really interested in human resources, helping people get the right jobs,” she says. During her last three years with the agency, she was tasked with fixing problems in the prison health system.

Sacramento, she says, has been a good fit for her, as well as for her Humboldt-alumnus husband, Peter Radlick (’93, Psychology), now an investment officer with CalPERS. The two met as undergrads and they have two sons.

Hagen says she feels she now has the perfect job, looking out for California’s workers.

“It was my experience at Humboldt that piqued my interest in that kind of justice,” she says. “It was, and I’m sure still is, a very forward-thinking place where long-term vision is important, especially when it comes to people.”