Champ Ferguson is such an intriguing Civil War character—guerrilla, slave owner, cold-blooded killer—it’s hard to believe he’s been nearly forgotten by history. A new book by Professor Thomas Mays, a historian at Humboldt State University, looks to breathe life back into a story that once gripped the nation’s attention.

“Pick up any textbook on the Civil War and look up Champ Ferguson and he’s not there,” Mays says. “So much of the Civil War has been beaten to death and written over and over that you could take a semi truck and fill it up with books on the Battle of Gettysburg alone. Yet somehow Ferguson has been forgotten. During his trial, his likeness was on the cover of every major magazine and newspaper in the nation—he was famous at the time. And now he’s completely lost to history and it has been a thrill to discover a story that hasn’t been told a hundred times.” 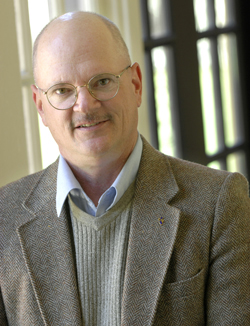 Mays’s book, Cumberland Blood: Champ Ferguson’s Civil War, not only explores Ferguson’s lawless nature and eventual demise, it also offers insight into the guerilla war that raged in the Appalachian highlands during the 1860s. Ferguson, along with his two brothers, originally stood with the Union, but once the war started he broke with his siblings and switched his allegiance to side with the Confederacy. The switch, Mays says, was primarily the result of Ferguson owning slaves and wishing to protect economic interests; whereas Champ was relatively well off and owned slaves, his brothers were poor, owned no slaves and like many Appalachian highlanders remained loyal to the Union.

After being driven from his home county in Kentucky by Union loyalists, Ferguson retreated to the mountains of Tennessee and banded with other guerilla fighters sympathetic to the South. Numerous roving gangs, like Ferguson’s, orchestrated “hit-and-run” style attacks against opposing guerilla forces and at times fought alongside Confederate troops during battle.

Ferguson is most famous for his involvement in the Saltville Massacre that occurred following the Battle of Saltville in southwestern Virginia where Union troops were overpowered by Confederate units in October 1864. The Union forces retreated from the battle, leaving many of their wounded on the battlefield, including a good number of African-American soldiers from the newly formed 5th United States Colored Cavalry. What ensued came to be known as the Saltville Massacre, where, according to Mays, Confederate forces summarily executed as many as 47 injured and unarmed African-American prisoners many of them from the 5th USCC. Ferguson, never one to shy from the action, took part in the killing on a very personal level. 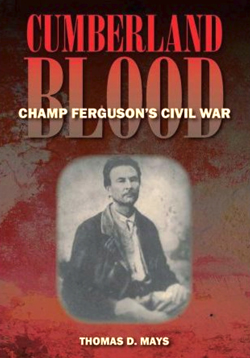 “Wounded Union prisoners were taken to a nearby hospital at Emory and Henry College where Confederates looked after them,” Mays explains. “Ferguson came in and started killing people in the hospital, in their beds. He walked in to a room with one Union prisoner named Lieutenant Elza Smith. Smith knew Champ, he was the brother of Ferguson’s first wife. Ferguson and Smith recognized each other and had a short conversation before Ferguson calmly executed him.”

Was Ferguson some sort of psychopath?

“You have to put him in context,” Mays says. “Smith, for example, had captured a very good friend of Ferguson’s who was a Confederate guerilla. According to Smith, when he was taking this guerilla to jail the prisoner made a run for it and was executed by Union troops. Ferguson said that was the reason for killing Smith. It was a no quarter fight and Ferguson was giving it right back. So to Ferguson, it made perfect sense.”

At the order of Confederate General Robert E. Lee, Ferguson was arrested for his part in the Saltville Massacre, but the Confederacy soon crumbled, the war ended and Ferguson was free. But, instead of laying low or leaving for Texas like many of his Southern neighbors, Mays says, Ferguson continued to operate as a rogue guerilla warrior, picking up right where he left off.

“His war wasn’t over,” Mays says. “The guys who were out to get him were still out to get him. Even after the end of the war at Appomattox, Ferguson ended up getting in a gunfight with one of his biggest antagonists. Finally, Union authorities arrested him and put him on military tribunal in Nashville, Tennessee.”

Despite arguing that a military court held no authority with the war over, Ferguson was overruled. He was found guilty by the tribunal and hanged in October 1865.

Mays, who retired in 2005 after more than two decades of active duty and reserve military service with the Navy and Army, grew up spending a great deal of time on his grandfather’s farm in Virginia surrounded by Civil War history. He earned his master’s in history from Virginia Tech where he worked with one of the nation’s top Civil War historians, Professor James I. Robertson, Jr. He finished his Ph.D. at Texas Christian University where his work on Ferguson began during research for his dissertation. After serving as a professor at Quincy University in Illinois, Mays came to HSU five years ago and is currently chair of the History Department. He has written two previous books, The Saltville Massacre and Let Us Meet in Heaven: The Civil War Letters of James Michael Barr, 5th South Carolina Cavalry.

Cumberland Blood: Champ Ferguson’s Civil War is available online from Southern Illinois University Press and at the HSU Bookstore. Mays will appear at Art of Wine at 308 Second Street in Eureka on Saturday, Sept. 13 at 5 p.m. to discuss his book and sign copies.