Shortly after the U.S. Supreme Court’s Obergefell vs Hodges decision in 2015, Loren Cannon noticed a troubling trend. Suddenly it seemed there was a concerted push to attack the transgender community and target it with a slew of legislation. 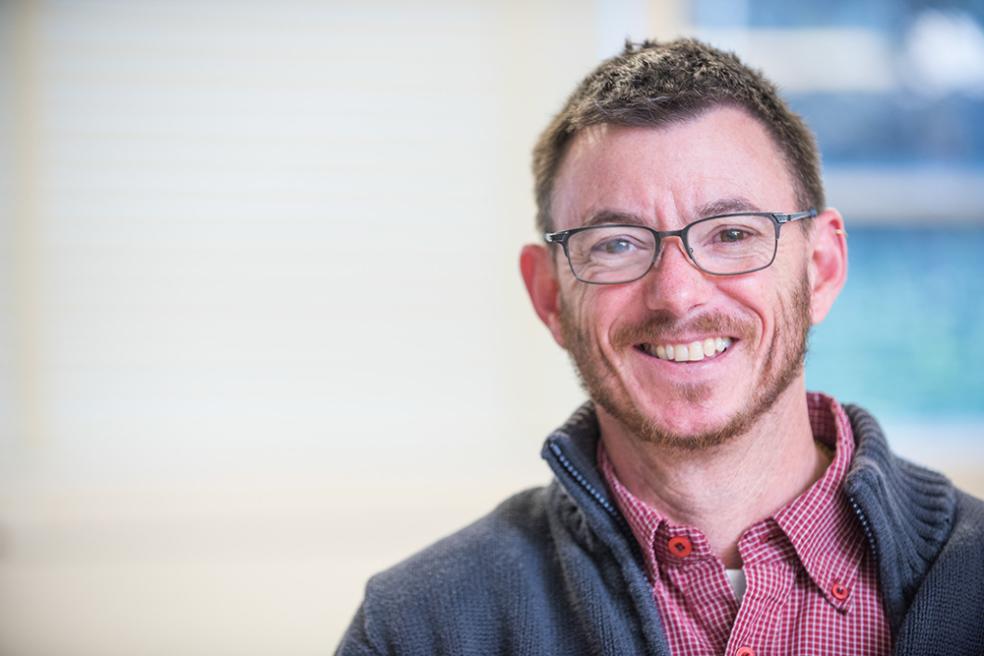 Cannon, a Cal Poly Humboldt Philosophy instructor, details what he calls the politicization of transgender people in the subsequent years in his 2020 book, “The Politicization of Trans Identity: An Analysis of Backlash, Scapegoating, and Dog-Whistling from Obergefell to Bostock.” The scapegoating has not decreased in the two years since he published his work. Highlighted by North Carolina’s “bathroom bill,” which prohibited transgender people from using restroom facilities that did not correspond with their birth gender, more than 300 pieces of restrictive legislation aimed at transgender people were introduced in 2017.

“The number of bills in 2021 was even more than that,” Cannon says.

Scapegoating minority groups is nothing new. There is a long history in the United States of discriminatory practices against people based on such criteria as race, ethnic background, gender, and sexual identity. Scapegoating involves unjust targeting and blaming certain individuals or groups, often for imagined harm and for the purpose of consolidating power.

“I do not think the targeting of transgender people is an organic response,” Cannon says. “It has been organized by certain individuals. It’s almost like there was a creation of a national scapegoating. There are influencers who are in front of this and who are not losing any steam. There has been an avalanche of legislation and an avalanche of rhetoric.”

That’s concerning to him, he says. Cannon, who was already an openly transgendered man when he came to Cal Poly Humboldt in 2006, teaches the course Trans Lives and Theory in the Department of Critical Race, Gender & Sexuality Studies. Philosophy, he says, is a good avenue for exploring the topic as well.

“Philosophy, as a discipline, is terribly misunderstood,” he says. “Too many people think philosophy is only about dead white men and is only studied by white men who are soon to be dead. This is not only false, but erases so much of the excellent work in philosophy done by those that do not so identify. It is much more expansive than people seem to think it is.”

Philosophy can provide important guidelines for exploring the idea of what it means to be transgender and how society treats those who are transgender, along with thousands of other contemporarily relevant topics, Cannon says.

“I wanted to look at what is going on here and what tools I have as a philosopher to make sense of it.” Cannon says. “My background is applied ethics. I see this as a moral topic. Some of the idea is to recognize what’s going on and to recognize that this has moral implications. These are real people and real families.”

Many people, along with their communities of care, he says, have been impacted by prohibitive legislation that has attempted to limit medical treatment and sports participation by trans individuals. Most recently, the focus has turned to denying trans-related medical care to minors.

“That focus,” he says, “is a result of the combination of trans visibility, of trans individuals participating in society, and how this visibility and the general ignorance of gender and sexuality in the larger population is being used to stoke fear in certain groups. The fear and discomfort are then directed towards the support of certain political campaigns or agendas.”

Calling attention to what he sees happening is important in combating the current climate, he says.

“I don’t think one class or one book can change the world,” he says. “But I think it’s important to identify the scapegoating and make people aware."