To honor her parents’ commitment to environmental responsibility and to continue their tradition of giving to environmental causes, ” Sara Woodhull and her husband Craig Fuget have given $31,000 to establish the Joan G. and Joel Woodhull Memorial Scholarship fund. 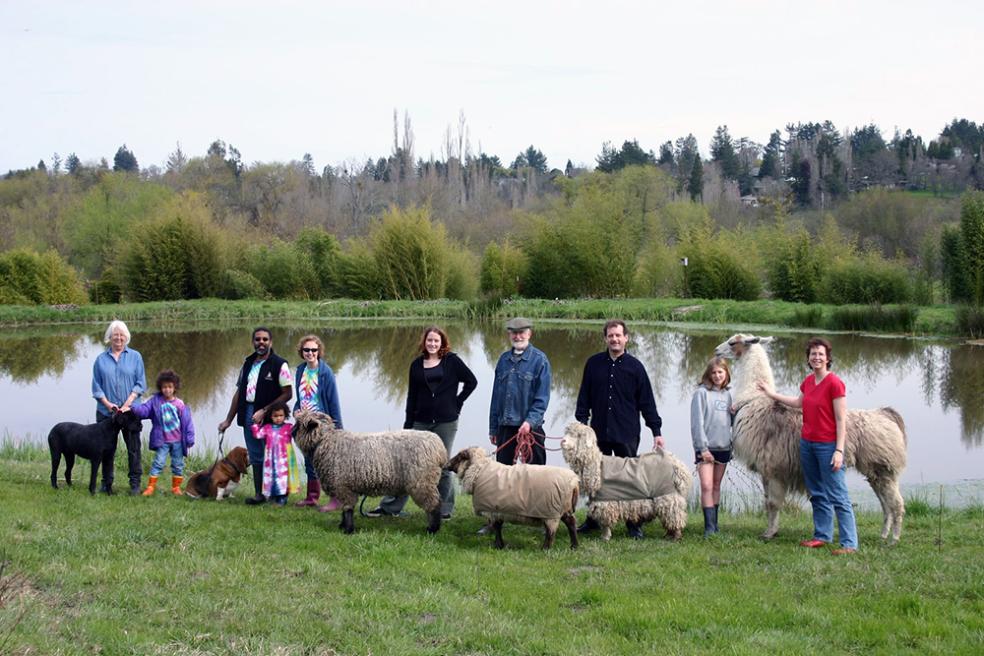 More than 50 years ago, a young couple living in Los Angeles was ahead of their time when it came to living sustainably.

“I have memories of a compost pile—there was always a compost pile—and my parents getting magazines on organic gardening. This was decades before composting and organic farms were popular,” Sara Woodhull recalls of her parents Joan and Joel Woodhull.

To honor her parents’ forward-thinking commitment to environmental responsibility and to continue their tradition of giving to environmental causes, Sara and her husband Craig Fuget have given $31,000 to establish the Joan G. and Joel Woodhull Memorial Scholarship fund.

“$1,000 can make a huge difference for a student,” says Craig. He recalls receiving financial support from his parents during college in addition to receiving a scholarship. “I was fortunate to not have to take out loans until my senior year. All this made the first few years of my professional life that much easier because I didn’t have the kind of debt that many students have today.”

A scholarship to support Cal Poly Humboldt students is fitting for a family who has deep roots in higher education and a passion for sustainability. Sara and Craig are Engineering graduates of MIT. Their daughter is an engineer while Craig’s father and cousin chose the career path of college deans.

Sara’s parents met at UCLA’s School of Engineering and went on to pursue higher degrees and have successful careers as well. Her father, who received a Ph.D. in Transportation Engineering, worked for the Los Angeles Rapid Transit District while her mother—a longtime systems analyst for the Los Angeles Times—pursued a master’s degree in Sustainable Agriculture at Cal Poly Pomona.

After they retired, they bought property in Sebastopol in 1995, turning it into an organic farm called Singing Frogs Farm, where they grew basil, tomatoes, garlic, squash, and other organic produce.

The Woodhulls eventually sold Singing Frogs Farm to new owners. The farm has become a fixture in the area and is known for its sustainable no-till farming practices.

The Woodhulls’ legacy of conservation continues at Cal Poly Humboldt, where Sara and Craig’s son is a student and where they say the resources and services he has received have helped him thrive.

“Certain programs have done so much good for him over the years and overall, Humboldt has been a good place for him. The scholarship is another way of assisting students who may need similar support,” says Sara.

Photo: Joan and Joel Woodhull's passion for sustainability lives on through a scholarship that will support Cal Poly Humboldt students. Above, Joan (left) and Joel (center) at Singing Frogs Farm, an organic farm they established in Sebastopol. (Courtesy of Sara Woodhull)