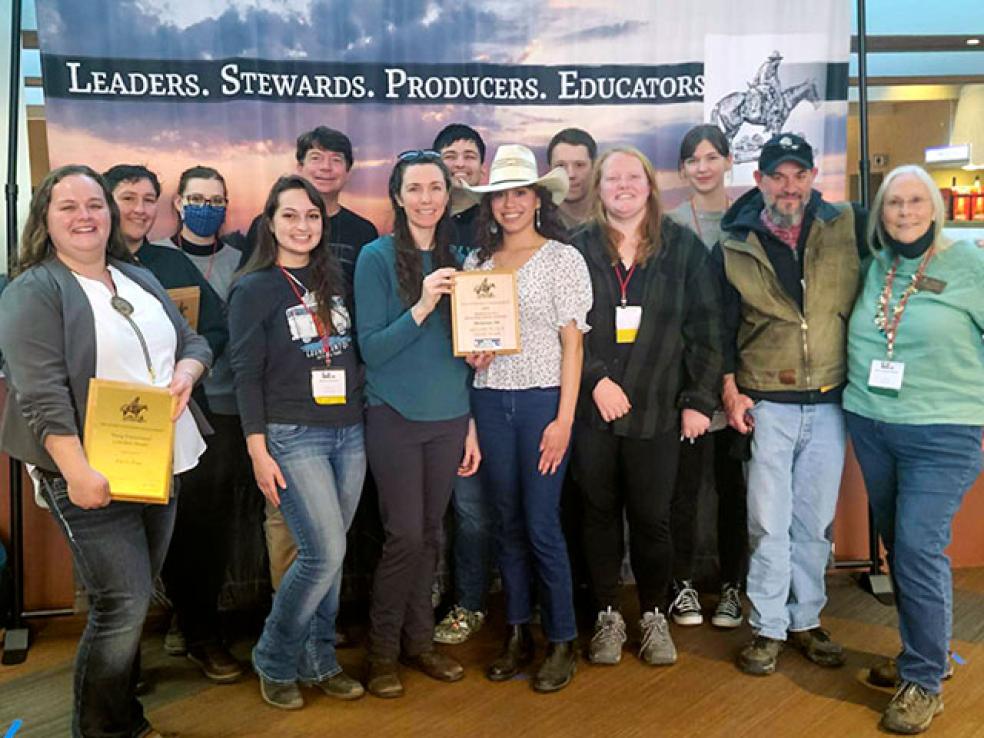 Humboldt’s Rangeland Plant Identification team took second place in a competition with more than 100 students from across North America in a combined virtual and in-person contest. The in-person contest took place at the annual meetings of the Society for Range Management (SRM). Only 22 total students passed (with a score over 60%) including four out of 10 Cal Poly Humboldt participants, ably coached by instructor Todd Golder.

In the virtual competition, Antonia Narro placed first, beating perennial favorites from the University of Alberta.

At the event, competitors were asked to identify 100 plant samples including grasses, forbs, shrubs, and trees, having just one minute to write down each specimens’ family/tribe, genus, species, life history, and origin.

The exam traditionally includes samples that are exceptionally challenging to identify: some have been defoliated, presented in their seedling stage, or even burned. These skills are especially important for future fieldwork for the Rangeland Resource Science and Botany students who participated in the contest. Roughly one-third of the United States is considered rangeland, defined as open country dominated by herbaceous and woody species.