The dozens of volunteers leading Cal Poly Humboldt’s first comprehensive fundraising campaign, Boldly Rising, have collectively given more than $5 million to the effort. 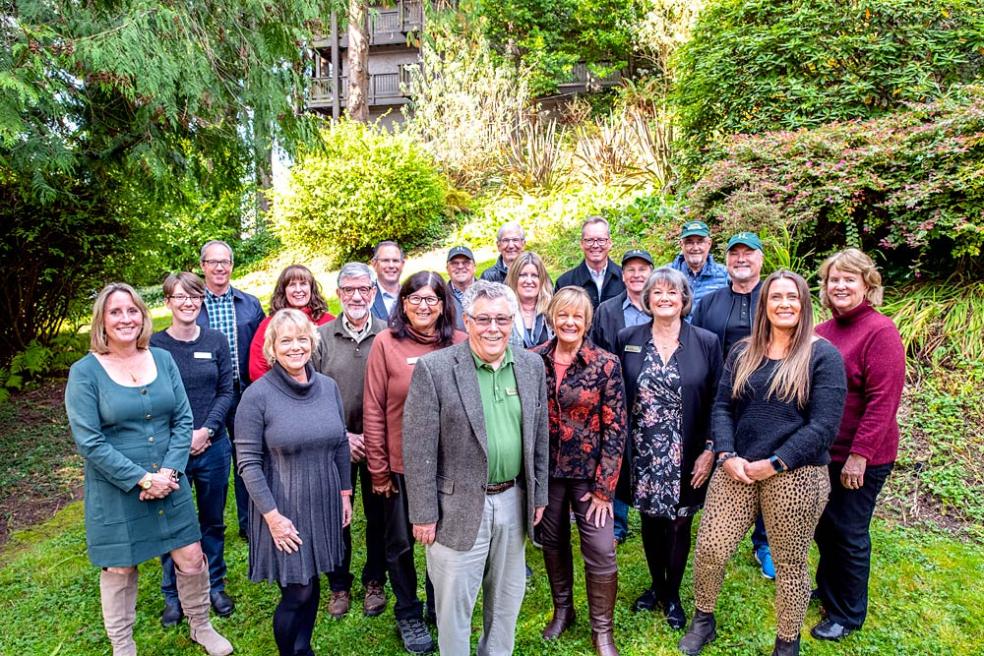 The dozens of volunteers leading Cal Poly Humboldt’s first comprehensive fundraising campaign, Boldly Rising, have collectively given more than $5 million to the effort.

The $5 million of support by the volunteers has been committed since the quiet phase of the campaign began in 2020. Overall, more than $33 million has already been raised as part of the campaign, with a goal of at least $50 million within the next two to three years.

Boldly Rising, which was unveiled on Wednesday, is the most significant fundraising effort in the University’s history. It has five broad goals: expanding  scholarship support and funding for needs like housing; providing even more avenues for experiential learning ; investing in cutting-edge technology; introducing new and innovative academic programs while enhancing  existing  programs;  and focusing energy and resources on inclusive student success.

“It’s just amazing to see the passion and energy and commitment of these volunteers,” says Frank Whitlatch, Vice President for University Advancement and Executive Director of the Cal Poly Humboldt Foundation. “They care deeply about the students and about Humboldt, and they have come together to support this institution in a way we’ve never seen before. They’re making significant personal commitments, and they’re inspiring others to do the same.”

Join us! Help expand access and create new opportunities by supporting Humboldt through the Boldly Rising campaign. Or contact the Cal Poly Humboldt Foundation at giving@humboldt.edu or (707) 826-5200.

Photo: Members of the Boldly Rising Campaign Cabinet and the members of the Cal Poly Humboldt Foundation Board.