If the hive of activity during the first week of school seems even busier than usual and the requests for directions more common, it's not your imagination. The largest incoming class of freshmen in HSU history–1,429 strong–brings the overall enrollment to 8,600 students, also a record according to preliminary figures. 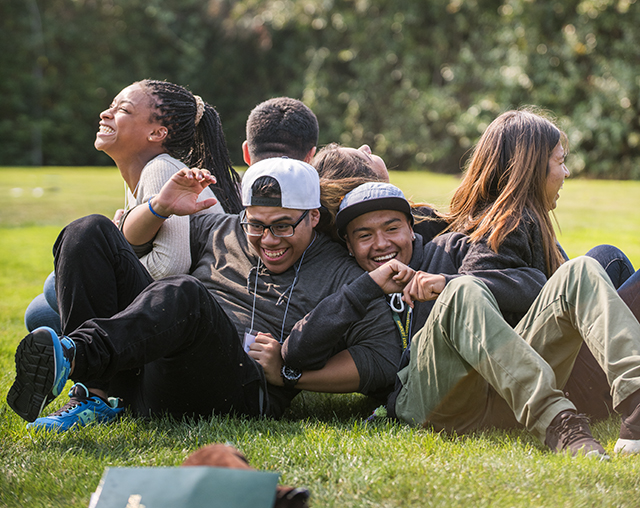 The surge of students marks the sixth consecutive year of growth. The 2015 fall census will establish official counts later in the semester.

Women comprise 64 percent of the incoming freshmen class of 1,429 students, raising their numbers in the overall population to 57 percent. More than 38 percent of Humboldt State’s freshmen call Los Angeles home, ranked ahead of the San Francisco Bay Area’s 15 percent. Those numbers are up 6 and 2 percent, respectively, from 2014’s totals.

Since being designated a Hispanic Serving University Institution in 2014 by the U.S. Department of Education, HSU’s Hispanic/Latino student population has surged. The group makes up 44 percent of this fall’s incoming freshmen, the largest representation of any identified ethnicity.