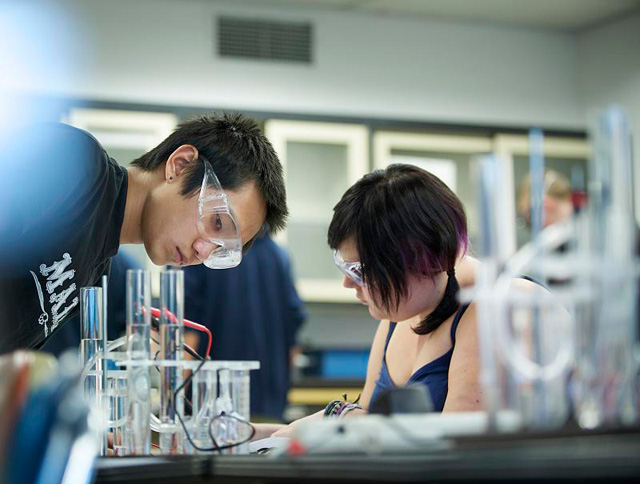 Schatz originally developed the kits in 2009 as part of the Hydrogen Energy in Engineering Education project, a Department of Energy-funded program designed to teach engineering students at University of California and California State campuses about hydrogen and fuel cell technology.

Although the kits were originally designed for California schools, faculty members at other universities began expressing interest. Last year, the Florida Institute of Technology became the first out-of-state school to purchase the devices. They’re currently being used by chemical engineering, chemistry and biochemistry majors in FIT’s physical chemistry lab.

“The availability of SERC resources has allowed the successful introduction of hydrogen fuel cells to our course with a relatively quick and easy adaption and the student response has been very positive,” said Clayton Baum, a chemistry professor at FIT.

Schatz researchers have also fielded requests from other universities. “The Hydrogen Energy in Engineering Education project was initially directed at students at California universities, but we have had numerous inquiries from schools outside the state interested in the equipment and curriculum since it began,” says Schatz engineer Richard Engel. “In addition, we’ve been pleasantly surprised to learn that instructors in fields other than engineering find the materials useful.”

The kits are suitable for introductory courses in engineering, chemistry and environmental science. They’re also useful for classes that explore thermodynamics, renewable energy, and heat and mass transport phenomena.

Each kit includes an electrolyzer for generating hydrogen, a fuel cell for generating electricity with the hydrogen, and instruments for making measurements of system efficiency. SERC also developed a set of lab activities to accompany each kit. For more information, visit hydrogencurriculum.org.