Humboldt State University’s Schatz Energy Research Center has extended its reach to India in a partnership to help accelerate development of a solar energy market for millions of Indians who have little or no electric power. 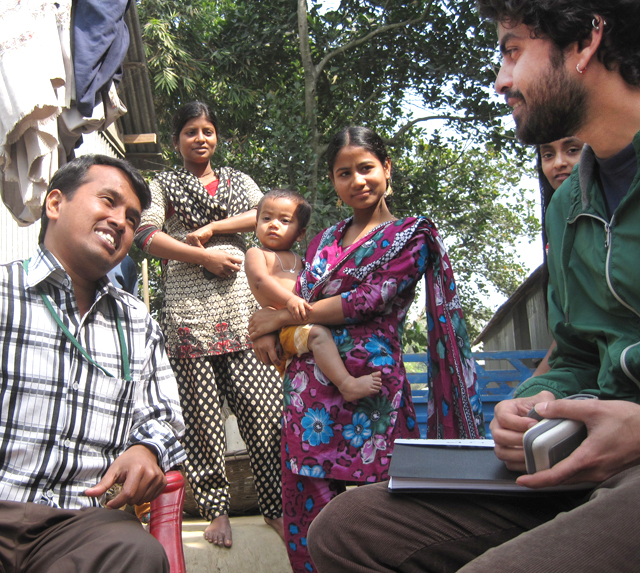 The Schatz Center is the team leader and coordinator of a network of international laboratories that conducts rigorous testing to ensure the quality of solar off-grid lighting products sold in African and Asian markets, now including India. The products range in price from about $10 to $150. Solar-powered lights and lanterns are manufactured in various sizes, from reading lamps to multiple-room household lighting.

The Schatz Lab’s testing and quality assurance operations in India are in their first phase. They are one element of a three-year, roughly five million dollar program funded by the International Finance Corporation (IFC), an arm of the World Bank Group headquartered in Washington, D.C.

The India activities are part of the IFC’s Lighting Asia program, patterned after its counterpart Lighting Africa program, begun in 2008. According to IFC figures, nearly 800 million Asians live much of the time in a state of near darkness, including some 400 million Indians.

Long established internationally, Schatz is a partner in both clean energy programs, which are aimed at developing private and sustainable off-grid lighting markets in the developing world. The advantages are environmental as well as economic: off-grid illumination replaces costly, dirty and dangerous kerosene lamps and expensive battery-powered flashlights.

Clean, rechargeable LED lamps have emerged in recent years as an affordable alternative to fuel-based lighting in many off-grid areas of Africa, Asia, and beyond. Schatz’s key role in quality assurance helps to catalyze markets for modern off-grid lighting. Commercial sales have soared as lighting quality has improved and prices have dropped. An added benefit is that solar devices can be used for mobile phone charging.

“India offers a tremendous potential for the solar off-grid lighting market, given the minimal market penetration,” according to an IFC market analysis. 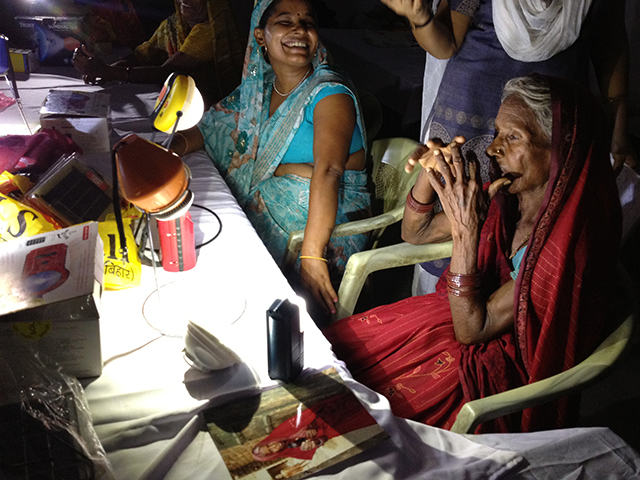 “Lighting Asia and Lighting Africa are market transformation projects,” says Schatz Director and Environmental Resources Engineering Professor Arne Jacobson, who has just returned from New Delhi. “By transformation, we mean identifying barriers to market development and addressing them so that private markets can take root and thrive.”

For example, Schatz is working with a number of organizations internationally, including key agencies in the Indian government, to create an accepted set of quality and durability standards for solar-charged LED lighting systems.

Jacobson explains, “Rural people in off-grid areas have indicated interest in solar lighting, but many say they have a hard time figuring out which products to buy because they do not perform as advertised. As a result, many choose not to adopt the technology, at least for the time being. An internationally-harmonized quality assurance program will help boost the sales of good quality products by giving people confidence, while also protecting the consumer.”

Jacobson is also involved in the IFC’s consideration of whether to launch Lighting Asia program activities in Bangladesh. He visited the capital Dhaka following his recent meetings in New Delhi.

Beside India and Bangladesh, the IFC has analyzed the potential off-grid, rechargeable lighting markets in five other Asian countries: Cambodia, Indonesia, Nepal, Pakistan and the Philippines.

Mendonca, who graduated last spring, currently contributes to the effort in India. “Through my experience of working in the field with Lighting Asia, I have learned how setting institutional mechanisms in place can have a positive influence on the market structure in terms of quality and cost,” he says. “Additionally, my Schatz work has helped me gain greater insight into the technical dimensions of off-grid lighting.”

Carlsen is a consultant to the World Bank based in Dakar, Senegal, where he provides technical support for Lighting Africa.

Two other alums, Tracy and Alstone, are both consultants to the IFC. Tracy focuses on research related to the social and economic development implications of modern off-grid lighting for both Lighting Africa and Lighting Asia. Alstone provides technical support for the quality assurance program for both continents. He is working on his Ph.D. in the Energy and Resources Group at UC Berkeley.

“The things I learned at Schatz and overseas about how markets work influenced my career path and led me to pursue a Ph.D.,” says Alstone. “My research centers on understanding more about how information flows through markets for clean energy, along with capital and technology.”