The new standard will help governments worldwide to harmonize their national standards with the IEC’s. It opens the door to market expansion for quality-assured LED devices in developing countries that are desperately short of electricity and in dire need of alternative sources of lighting.

Adoption of the Schatz Lab’s standard by the International Electrotechnical Commission (IEC), announced at a Clean Energy Ministerial in New Delhi April 18 by U.S. Energy Secretary Steven Chu, is considered a milestone in international programs that provide inexpensive lighting to developing nations. Nearly 800 million Asians, for example, live much of the time in a state of near darkness, including some 400 million Indians. 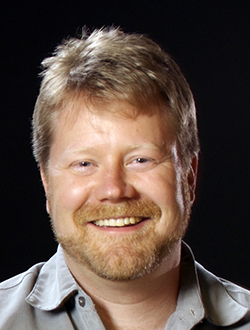 “This new IEC standard represents important progress in the effort to expand access to modern off-grid lighting among low-income households in developing countries,” said Humboldt State Professor Arne Jacobson, director of the Schatz Center. The Humboldt State lab was the technical leader of the team that drafted the IEC document.

The advantages are both economic and environmental: off-grid, solar illumination replaces costly, dirty and dangerous kerosene lamps and expensive battery-powered flashlights. A further benefit to the poor is that solar devices can be used for mobile phone charging.

The New Delhi ministerial advances a multi-year effort to improve access to affordable, clean, quality-assured lighting and energy systems in rural areas of Africa and Asia. “The work has truly been a team effort involving many people and organizations, with a core group from the Schatz Energy Research Center playing a lead role,” Jacobson said.

Now Schatz and its partners can take the next steps: Using the IEC standards to boost the Lighting Global quality assurance program for off-grid lighting and encourage others who work in the sector to adopt the IEC standards.

The Clean Energy Ministerial (CEM) is a group of 23 world economic powers whose energy ministers meet annually to drive forward the clean energy sector worldwide. Under the CEM’s auspices, the U.S. and Italian governments have provided support for the development of a quality assurance framework for solar lanterns as part of the ministerial’s Global Lighting and Energy Access Partnership.

The quality assurance framework was originated for the Lighting Global program, which has been working with the U.S. Department of Energy for the last 15 months to institutionalize its test methods and quality metrics through the IEC.

Some 1.3 billion people worldwide do not have access to electricity. The Schatz Center is the team leader and coordinator of a network of international laboratories that conducts rigorous testing to ensure the quality of solar off-grid lighting products sold in African and Asian markets, including India. The products range in price from about $10 to $150. Solar-powered lights and lanterns are manufactured in various sizes, from reading lamps to multiple-room household lighting.

The Schatz Lab’s testing and quality assurance operations in India are in their first phase. They are one element of a three-year, roughly five million dollar program funded by the International Finance Corporation (IFC) and the World Bank.

The Lighting Global quality assurance framework is one of the cornerstone market development activities of Lighting Africa, a joint IFC and World Bank program that has enabled about seven million people in Africa to enjoy clean, affordable lighting.
The IFC and the World Bank are members of the Global LEAP initiative.