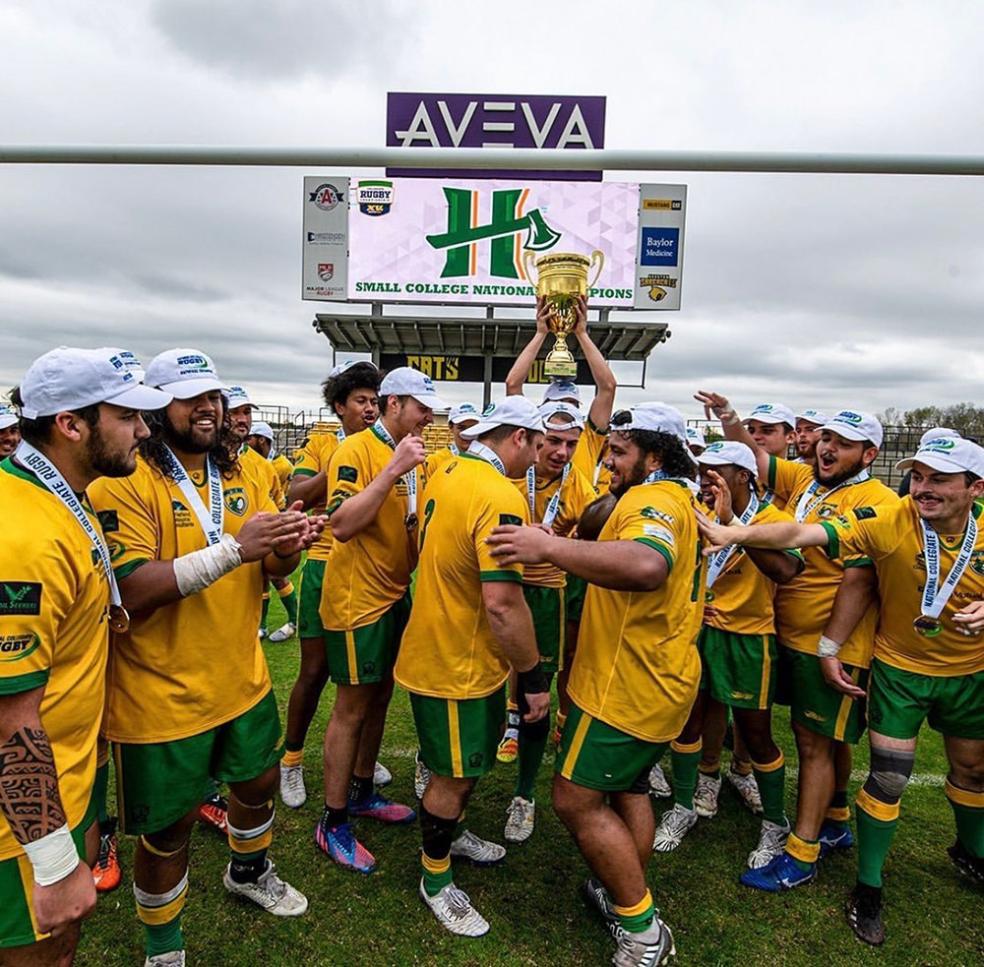 The rugby team celebrates its championship.

On Sunday, the Lumberjacks took on the Wayne State College Wildcats of Wayne, Nebraska from AVEVA Stadium for the title. Wayne State took down the Catholic University Cardinals in the semifinals on Friday 25-12, had a record of 16-0, and had beaten every team they faced in the postseason by 30 points or more before the semifinals. Cal Poly Humboldt, who were considered to be the underdogs, was also undefeated heading into the national championship match and most recently took down Endicott College of Beverly, Massachusetts in the semifinals 41-28.

Men's Rugby Assistant Coach Vincent Celotto stated, "The coaching staff was confident the team was prepared and was going to surprise Wayne State in the final. We were big underdogs in the eyes of most but we knew our team was special. Confident, loose, and prepared was the team vibe.  Also, when we woke up to rain on Championship day we all knew it was going to be a special day."

The first half saw nothing but defensive pressure and dominance from the Jacks as they jumped out to a 15-0 lead.

"We knew it was going to be a battle. We just have to keep to the details and keep our fitness up in the next 40 minutes to close it out," said head coach Greg Pargee.

When asked how Humboldt was going to maintain a lead and keep the Wayne State offense from coming back, Pargee stated, "The boys know just to keep their wits about them. Let's see how the next 40 minutes goes."

The second half saw an attempted comeback from Wayne State but the Lumberjacks prevailed and held on to win their first national championship with a final score of 20-15. Jason Uipi was named Tournament MVP of the Men's Small College Rugby Championship.

This year was the 49th season the men's rugby team has played. With the 50th anniversary of the club approaching next year, there has been a long tradition of rugby at Humboldt. The club will look forward to defending their title next season as they look to make another championship run.