In a higher education landscape that’s largely gone virtual in response to the global pandemic, the HSU community has a new option: exploring the Humboldt State campus in the digital world of Minecraft. 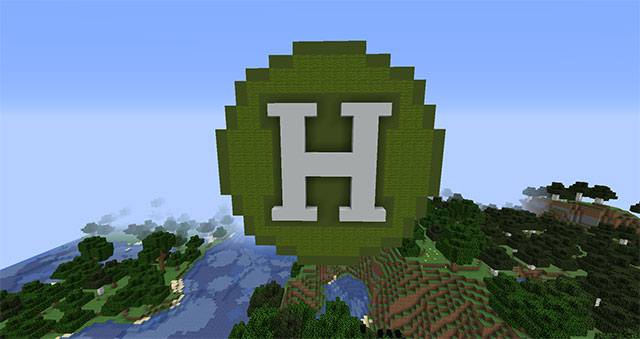 Minecraft is a “sandbox game”, giving the players the ability to build, shape, and craft the world around them. Available on multiple platforms for more than a decade, it’s become the best selling video game of all time, and its blocky characters and in-game elements are widely recognizable. 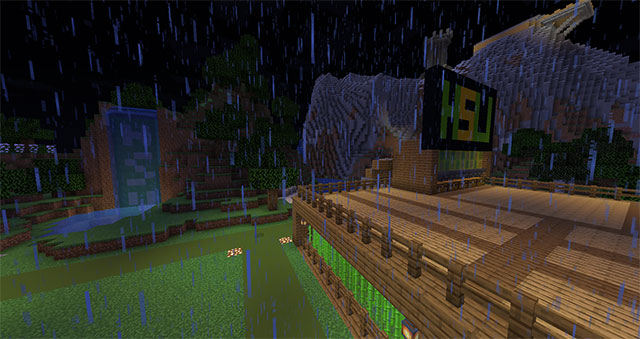 Their vision is a digital replica of HSU, where players can carry out the tasks and missions of the game in a safe and supportive environment, designed by and for their peers. In its current “story mode,” players are deposited in the world and must build tools, shelters, and find food using raw materials found around the virtual landscape. The central goal is essentially to survive, eventually defeating a “final boss” to see the game’s credits. Exploration and creation are a major part of Minecraft’s timeless appeal.

Kanga Livingstone has been developing a landscape to support and intrigue players. There’s a community garden, where players can find food and other resources necessary to keep their characters alive. The area where players spawn is, appropriately, green and gold, and players can find HSU logos around the world during their explorations.

The HSU Minecraft server is open to HSU students, faculty, and staff, as well as students from other CSUs, and local high school students (one of whom has already beaten the game, Kanga Livingstone says).

Kanga Livingstone got the idea to develop an HSU Minecraft server after seeing other universities with their own servers. Unique to HSU’s server is the University’s support: Kanga Livingstone approached Jason Meriwether, VP of Enrollment Management, with the idea, and he agreed to have his division pay for the server. Kanga Livingstone worked with HSU’s IT department to implement the launch.

Kanga Livingstone formed the PC Gaming Club in 2018, beginning with a focus on League of Legends and esports. The club has developed a close relationship with IT and the HSU Library, which is home to a flight simulator that Kanga Livingstone and other club members raised funds for and installed. Over the semesters, they realized there was a strong desire for social (as opposed to competitive) gaming on campus, and Minecraft seemed like a natural choice, given its accessibility and popularity.

Kanga Livingstone’s is currently recreating the HSU Library in Minecraft. It’s an ambitious undertaking. In their vision of a Minecraft replica of campus, the Library seemed like a natural starting reference point. And as it turns out, there are benefits to building a Library beyond it being a recognizable landmark-books..

Books are an important commodity in Minecraft, with a robust bartering system that can lend “enchantments” to upgrade equipment and protect players. Kanga Livingstone sees the virtual Library as a resource for players to obtain and share books, just like in the real world. And they’re working on a way for players to upload images that can be posted on the brick-and-mortar library walls, including real world research posters. 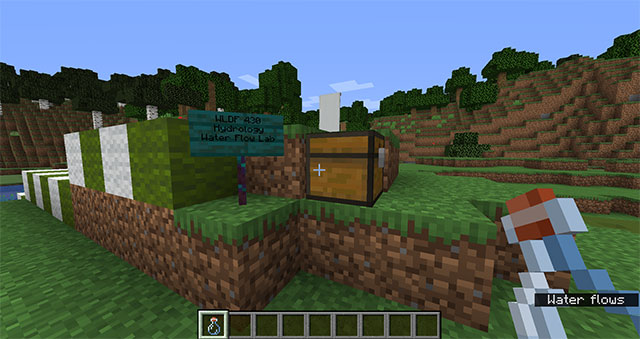 For Kanga Livingstone, Minecraft is not a departure from their studies but a complement. “One of the interesting things in Minecraft is the focus on sustainability and environmentalism,” they say. “It’s about how players are renewing resources, in terms of planting trees and plants, and breeding and sustaining animal populations. As humans, we consider our resources we’re using, and that’s a value in Minecraft as well.” 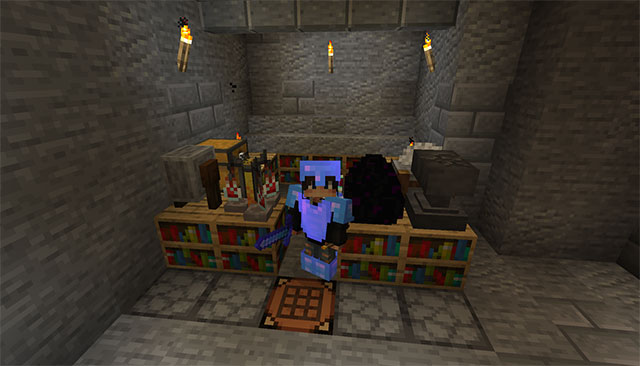 One of the biggest challenges for Kanga Livingstone and HSU’s Minecraft server is its scale. They will graduate this Fall semester, so the club is seeking motivated members and engaged players to step into administrative roles, which involves enforcing rules and making sure the server stays an equitable and accessible place.

They also need more builders – after all, HSU’s actual campus wasn’t built in a semester. “These are ambitious projects we can’t do without the help of our fellow students,” says Kanga Livingstone.

To learn more about the PC Gaming Club and HSU Minecraft server, visit the club’s Discord or Instagram page.