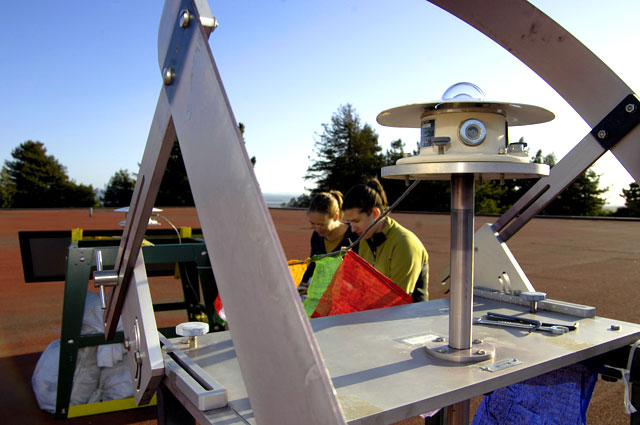 Since 2006 the Renewable Energy Student Union (RESU) has been collecting solar radiation data with their Solar Radiation Monitoring Station (SoRMS) project, which now provides NREL with updates every 60 minutes.

The SoRMS project is situated atop the Library’s roof and consists of two Eppley precision spectral pyranometers: one measuring total solar radiation and the other measuring diffuse radiation. These combined readings render a complete characterization of the solar resource.

After receiving a grant from the student-led Humboldt Energy Independence Fund in 2008, RESU purchased a third Eppley Precision Spectral Pyranometer to annually calibrate the Pyranometers without disrupting the continuous stream of data.

With the addition of the SoRMS project NREL is able to fill in a large blank space in the National Solar Radiation Database.