On the Enduring Hunt for Elusive White-Footed Voles

In the forests of Northern California, a mysterious animal lurks. Evidence of its existence is sparse and sightings are rare, but believers are convinced that it’s out there.

The cryptic creature is the white-footed vole. For one loyal devotee—Humboldt State professor Tim Bean—the tiny rodent’s local population represents a puzzle that could be an indicator of climate change. Or not. 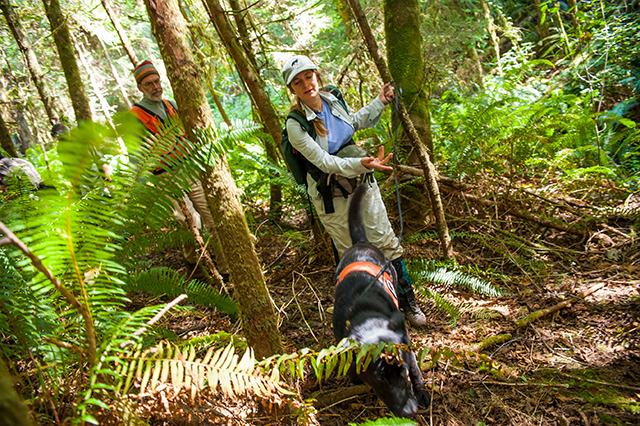 “When scientists think about how wildlife will change due to the climate changing, we believe that as the climate shifts north, the animals will have to move with it,” Bean says. “I don’t necessarily think that’s true. As a researcher, what I’m most interested in is the question about relationship to climate vs. local habitat characteristics.”

Bean has been studying the white-footed vole’s lifestyle since his arrival at Humboldt State in 2013. He and a team of students trapped three suspects last summer, but even then, tests as to the trio’s identity have been somewhat inconclusive. 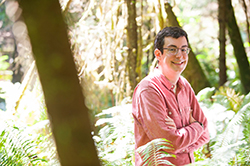 That confidence comes from the white-footed vole’s food preference. Unlike other voles, who are more likely to feast on Douglas fir, it prefers the leaves of red alder trees, usually found in old-growth forests.

“It was interesting watching (one of the captured white-footed voles) completely mow through red alder leaves,” said David Tange (Wildlife, ’14), who worked with Bean on the study as part of his senior project. “But then, it took a bite of wild ginger and immediately left.”

After trapping the first three, Bean and his team were eager to capture more, and therefore access a larger sampling. While attending a conference, Bean heard a presentation on a specialized canine unit, Working Dogs for Conservation, a group out of Montana that trains dogs to sniff out rare species. 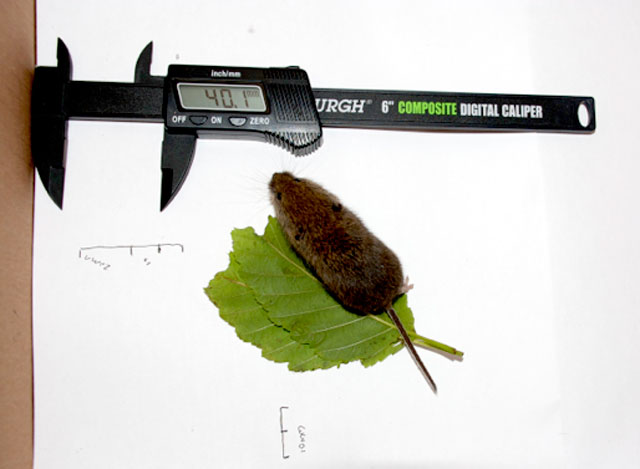 Bean secured funding to bring the detection dogs to the North Coast, and after being trained on the scent in Montana, they were released into the field locally. The hunt was on.

“The dogs responded behaviorally the way trainers would expect them to if they had found what they’re looking for,” Bean said. “They would find a tree, and act excited, suggesting the were smelling something, but it was impossible to find the little vole poop under the layer of redwood duff.”

Following a disappointing search, the trainers and dogs returned to Montana without having found a white-footed vole. Their unfulfilled effort, however, is consistent with past trends of now-you-see-them, now-you-don’t.

Way back in 1899, a white-footed vole was spotted in the Arcata Bottoms, which to this date remains the southernmost sighting. Scientists didn’t really look for them again until the mid-1990s, and an experiment in 1996 snared three between Patrick’s Point and Big Lagoon. Ten years later, another round of trapping at the same places came up empty.

Another unsolved mystery is the rodent’s dwelling. Most more-documented voles, including the closely-related red tree vole, live in the forest canopy, but there’s evidence that its white-footed cousin is a ground denizen.

It’s that absence of firm knowledge that actually motivates both Bean and Tange, who has continued the trapping routine as part of his job as a scientific aide for the California Department of Fish & Wildlife.

“They’re really rare, and that’s awesome,” Tange said. “It’s interesting that their biology, their diet, and their behavior is so unknown.”

“This species is so cool because we just don’t know anything about it,” Bean said. “Whenever I tell people how little we know about an animal living here in California is a shock. It means whatever we learn is something new.”

Further strides toward solving the mysteries will only come if a larger population can be uncovered, Bean says. He still feels the dogs are among the best means to achieve that goal, and hopes they can visit again this summer. In the long run, Bean believes he might be able to put to rest any doubt about the white-footed vole’s existence.

“The hypotheses I support is that they’re more plentiful than we’ve been able to show,” Bean said. “Some evidence indicates they’re more abundant, but they’re just really hard to catch.”