What role do native bees play in local crop pollination? And should local farmers establish better habitats to support them? 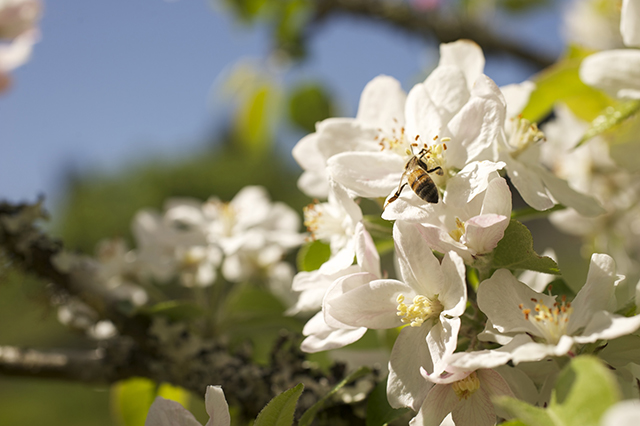 These are some of the questions that biology graduate student John Mola (’14) is hoping to answer as part of a multi-year research project examining the role of native bees versus honeybees on Humboldt County farms.

Honeybees are the most common type of bee used in commercial crop pollination. But they've drastically declined in recent years due to pests and a disease called Colony Collapse Disorder. Although there is no known explanation for CCD, possible causes include malnutrition, pesticides and poor beekeeping practices.

The rapid decline has prompted researchers around the world to begin looking for possible alternatives. Chief among them: native bees. "With all of this focus on just a single species of bee, and one that isn't even native to North America, we're missing out on thousands of other equally important species with few people even realizing it," Mola explains. 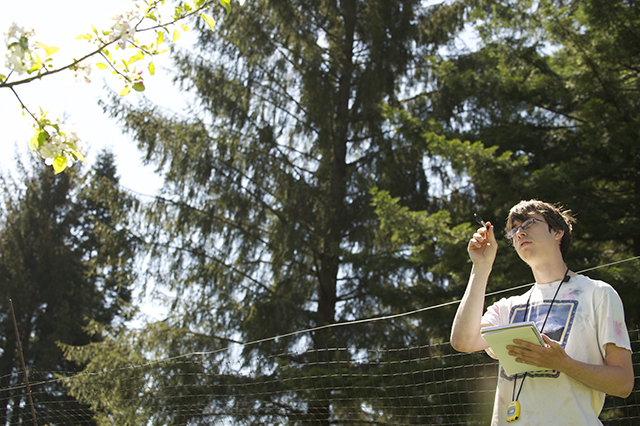 Native bees differ from honeybees in several important ways. Unlike honeybees, most are solitary insects, meaning that they require specific nesting habitats such as underground tunnels and bushes, instead of hives. Some native bees have even evolved to pollinate specific crops. What's more? In some cases, native bees are more efficient pollinators than honeybees.

Over the next few years, Mola—along with undergraduate students Gwen Schneider, Grace Blacker, Corey Andrikopolous and Brian Creeks—will tally the abundance of various bee species in pollinating local apples and pears. He will also specifically examine the efficiency of local bees in pollinating those crops.

If a native species like the blue orchard bee does turn out to be a big pollinator, Mola will determine whether it’s possible, or even viable, for farmers to manage the species locally. “I’m helping local farmers understand what bees are locally important, and then how to enhance habitat for those pollinators,” Mola explains.

The implications of his research are far-reaching—and not just for local farmers. A viable management plan could serve as a blueprint for farmers in more intensively managed agricultural areas, Mola explains. “Given that we’re in a place with a great semi-natural habitat, it’s safe to say that if pollination services are at risk here, they’re certainly at an even greater risk in more intensive areas like the Central Valley.”