Questioning Post-Soviet in a New Era of Russian-American Relations

Allegations and investigations into interference in the U.S. Presidential election have brought Russian-American relations into the national spotlight in a way unseen since the fall of the Soviet Union 25 years ago.

The landscape of Kazan, Tatarstan, which features a large Orthodox cathedral (left) and mosque (right), symbolizing the harmonious relationship between Muslims and Christians in the region. Photo by Matthew Derrick. 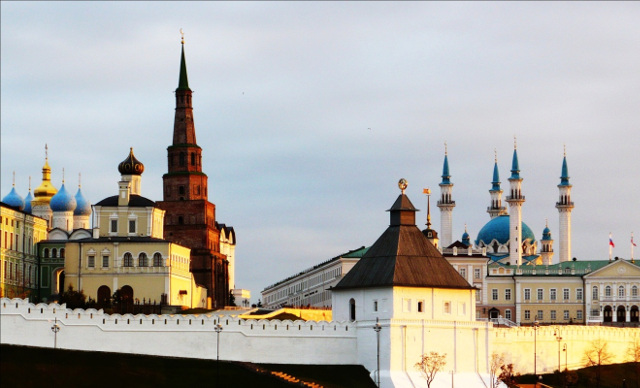 The intense international interest has people coming to Humboldt State Geography Professor Matthew Derrick with questions and concerns. “People want to talk to me more about that part of the world than ever now,” says Derrick, whose research explores the era and geographic region that relate to the fall of the Soviet Union in 1991.

Derrick is the co-editor of the recent book "Questioning Post-Soviet," which was released in December—coinciding with the twenty-fifth anniversary of the fall of the USSR, at a public roundtable event at the Woodrow Wilson International Center Scholars, the nation’s key nonpartisan policy forum on global issues.

In their book, Derrick and co-editor Edward C. Holland compile writings on the geographies, governments, cultures, religions, of the successor states of the Soviet Union, focusing on the identities of the region.

The book examines the continuing utility of “post-Soviet” as a historical and geographic signifier to describe people and events among the fifteen independent states that once made of the Soviet Union. The various contributions collectively indicate that Soviet-era legacies indeed continue to impact—in complex ways—current issues of migration, religious expression, territorial conflict, and other concerns in the region.

“Each of the successor states is post-Soviet, but they are so to varying degrees and in different ways,” the editors write in the introduction. In order to define the phrase post-Soviet, a certain amount of ambiguity is necessary. “Some have actively positioned themselves against the Soviet legacy, a political act that itself requires the Soviet Union–or Russia as its primary successor state–as a foil. Others have embraced the Soviet legacy as a basis for contemporary identity.” 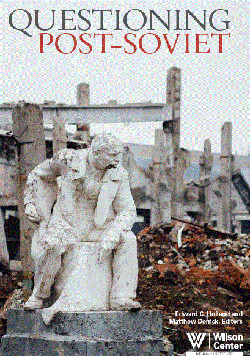 Derrick was working in public relations in Minneapolis with a bachelor’s degree in English when he took a job teaching English in Slovakia. Those two years set him on a lifetime studying the region. When he returned from the teaching job, he knew he wanted to formally study a language, and decided on Russian – the most widespread of the Slavic languages.

Derrick’s focus shifted to geography when he became fascinated with place-based identities. He’d spent time in Tatarstan, an important region located in the heart of Russia. When Russian President Vladimir Putin rose to power in 2000, he re-centralized the region, rolling back freedoms the region had gained in the preceding decade. Researchers predicted bloodshed, a second Chechnya, but it never materialized. Since then, the region’s large populations of Christians and Muslims have lived peacefully, working closely together and intermarrying frequently. And it’s not just mere “tolerance,” Derrick says, “It’s genuine respect for each other.”

“Tatarstan emerged as a counter-example to the so-called global conflict between religions,” Derrick says, referring to post-9/11 discourse that talked about a clash of civilizations. “I began to study place-based identities, gaining understanding of how daily interactions in lived spaces and regions over history help shape the meaning of religion, national identity, and other aspects of culture.”

Derrick estimates he has spent about 10 years in formerly socialist European countries, earning two master’s degrees, a doctorate, and several fellowships. For the last two summers, Derrick has been a resident scholar with the Woodrow Wilson institute. This coming academic year, he will spend his sabbatical in Kyrgyzstan in Central Asia, studying political-geographic dimensions of religious and national expression. 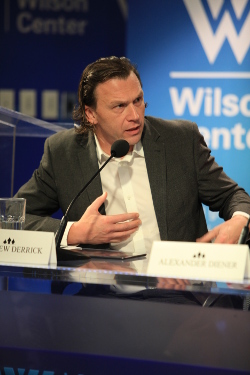 As Donald Trump takes the U.S. Presidency, many eyes are turning to Russia, which had often been discounted since the fall of the Soviet Union. “The U.S. and, in general the West, made a big mistake ignoring Russia in the 1990s,” Derrick says. “Russia and Putin remember that quite clearly. We shouldn’t discount a country of that size, power, natural resources, and education.”

In a sense, the Russian annexation of Crimea in 2014 and recent reports of cyberattacks have forced the U.S. to take Russia seriously again, though not under the best circumstances. But Derrick, in no way endorsing the new president or his espoused respect for Putin, warns against exaggerated claims about Russian influence on Trump. “It’s a level-headed thing to call for improved relations with Russia,” he says. “Some major problems could be benefitted from working together.”