A recent study by the USDA Forest Service, Humboldt State, and other researchers suggests that if forests had been closer to their historic densities, tree mortality would likely not have been as severe.

A recently released study by the USDA Forest Service, Humboldt State, and other researchers suggests that if forests had been closer to their historic densities, tree mortality would likely not have been as severe. 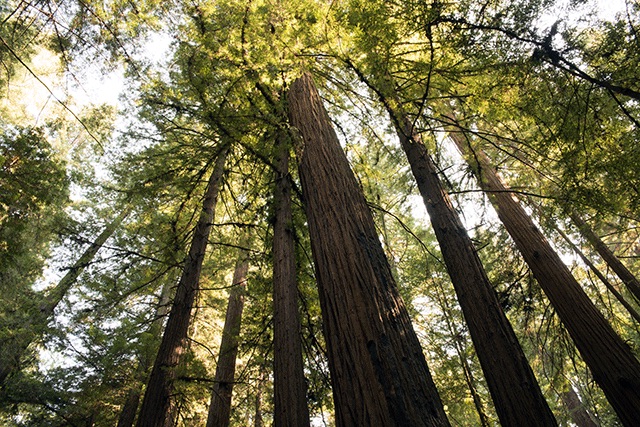 Published in the journal Forest Ecology and Management, the study found that between 2014 and 2018, 34% of trees in unthinned areas died compared with only 11% of trees in thinned areas, according to research conducted by USDA Forest Service, Pacific Southwest Research Station research ecologists Eric Knapp and Malcolm North, research entomologist Chris Fettig, along with co-authors Alexis Bernal and HSU Forestry Professor Jeffrey Kane.

“Our study demonstrates another example of how forest management can provide solutions related to climate change and past forest management practices,” says Kane. “We show that creating a diverse forest structure followed by prescribed fire can reduce drought-related tree mortality while also promoting wildlife habitat and reducing fuels. They are all problems that many of California‘s mixed-conifer forests face now and for the foreseeable future.”

This current fire activity comes after forests in the region experienced an extreme drought accompanied by warmer than normal temperatures from 2012 to 2015, resulting in the deaths of over 147 million trees, mostly from bark beetles. These dead trees are now adding more fuel to this summer’s wildfires, especially in the southern and central Sierra Nevada, where tree mortality was the heaviest.

Frequent fire once kept forests throughout the western U.S. relatively open and prevented excess litter and downed wood from accumulating on the forest floor. After more than a century of fire suppression, many forests became far denser than they once were and more prone to disturbances such as uncharacteristically severe wildfire and drought.

This study compared two different types of thinning – a “High Variability” method that restored a structure with more of the trees in groups and groups intermixed with small gaps, similar to what forests of California, shaped by fire, once looked like, and a “Low Variability” method with relatively evenly spaced individual trees.

One goal of the “High Variability” method was to create and accentuate habitat for forest dwelling plant and animal species. Half of the study units were also treated with prescribed fire. The study found both thinning methods were equally effective at reducing tree mortality and increasing tree growth.