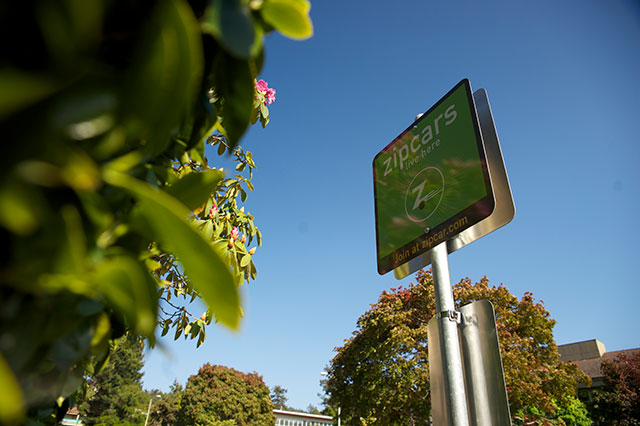 As a signatory to the Second Nature Climate Commitment since 2016, Humboldt is mandated to develop and update a climate action plan every five years. The University released its first Climate Action Plan in 2017, which set a course to reduce greenhouse gas emissions by 2020––which Humboldt successfully achieved, lowering emissions by 36% less than 1990 levels, even as campus population and building footprint trended upward during the same period.

The CAP 2.0 includes strategies to achieve carbon neutrality and build campus climate resilience, along with recommendations on how to further integrate sustainability and climate action into academics and research. Watch a video presentation about CAP 2.0 here.

“CAP 2.0 is a commitment to pursue a just and equitable future that is carbon-free and resilient,” explains Morgan King, climate action analyst. “By transitioning toward carbon neutral facilities, operations, and purchasing, Cal Poly Humboldt will positively impact the health of our local communities and, ultimately, the entire planet.”

>> Review the current draft of CAP 2.0 and submit feedback, comments, and questions through Feb. 10. A final draft of the plan will be published later this April. <<

The scale and scope of the CAP 2.0 reflect the magnitude of the current climate crisis, explains King. Achieving the ambitious goals outlined in the plan will require the forward-thinking collaboration and commitment to social and environmental responsibility that define Cal Poly Humboldt.

“Climate change is having untold negative impacts locally and throughout the world, including increased frequency and potency of extreme weather events, sea-level rise, species extinction, water shortages, wildfires, declining agricultural production, and the spread of diseases. The impacts are particularly pronounced for low-income communities and communities of color,” explains King. “By preparing our students with the skills and knowledge necessary to navigate a climate-constrained world, we will continue to be a resilient institution that builds community, engenders leadership, and fosters innovation.”

Learn more about sustainability at Cal Poly Humboldt:
From its curriculum and operations to investments, Humboldt has a longstanding commitment to sustainability. Humboldt has long been a premier institution offering robust experiences and training for students interested in sustainability, primarily driven by student activism and leadership. In 1987, Humboldt students created the Graduation Pledge of Social & Environmental Responsibility, which has become a tradition and been adopted by many universities across the nation. Sustainability topics and case studies are incorporated into hundreds of classes. Humboldt was also the first public university in California to ban the sale of single-use plastic water bottles on campus, after students waged a successful campaign called Take Back the Tap. The HSU Foundation led their peers across the nation by divesting from fossil fuels after a successful student advocacy campaign in 2013.

Humboldt has been included in the Sierra Club’s top 100 sustainable schools since first being named a “Cool School” in 2018. Humboldt has been recognized twice by the Association for the Advancement of Sustainability in Higher Education for earning a STARS Gold rating. And most recently, the campus has set goals to earn a STARS Platinum rating, an elusive and exemplary status that no other CSU campus has yet to achieve.