Four research presentations are this year's audience-choice award winners from the 2015 IdeaFest, which took place April 17. Individual projects from the College of Professional Studies, College of Arts, Humanities & Social Sciences, and two that tied for top honors in the College of Natural Resources, were represented. 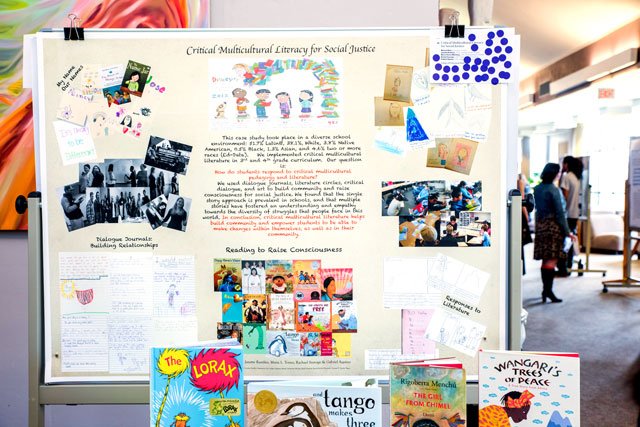 The top presentations are:

There is a general sentiment in public discourse that victims are good and innocent, and offenders are bad. This dichotomy is blurred when the victim is somehow socially undesirable, such as people who do not conform to society’s expectation for gender, or victims who are not white. In the case of gender non-conforming victims of homicide, especially transwomen of color, the media often portray the victims as deceivers, or criminal, insinuating the victim is to blame for their attack. This study focuses on the media portrayal of 259 homicide victimizations that occurred between 1995 and 2014. Using content analysis, we explore these cases through the victims, offenders and news media.

Due to the incompatibility of the Standard Model and General Relativity, tests of gravity remain at the forefront of experimental physics research. At HSU, undergraduates and faculty are developing an experiment that will test gravitational interactions at the twenty-micron distance scale, well below what has currently been tested. The experiment will measure the twist of a torsion pendulum as an attractor mass is oscillated nearby in a parallel-plate configuration which will provide a time-varying torque on the pendulum. The size and distance dependence of the torque variation will provide means to determine deviations from accepted models of gravity on untested distance scales.

IdeaFest is a showcase of student and faculty research and projects. More than 70 research presentations, along with musical performances and research talks, were presented as part of the program. For more information, visit http://www2.humboldt.edu/ideafest/.