Tim Lawlor’s museum ethic was the same as his view on life: Strive for excellence, be thoughtful, critical, and deliberate; respect the material, respect the specimens and enjoy the ride. 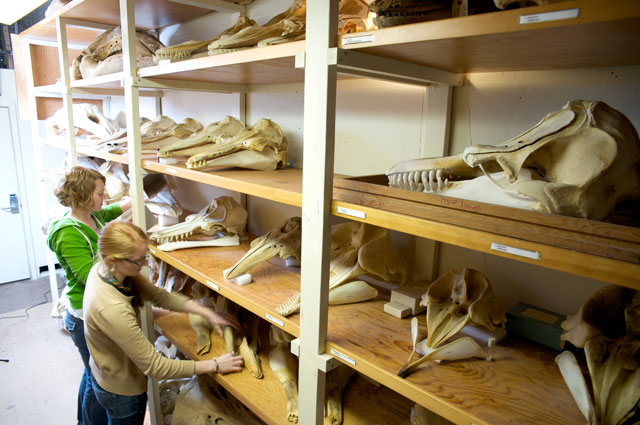 The Department of Biological Sciences recently paid tribute to the late HSU professor with a dedication ceremony to rename the mammal collection of the HSU Vertebrate Museum as the Timothy E. Lawlor Mammal Collection. 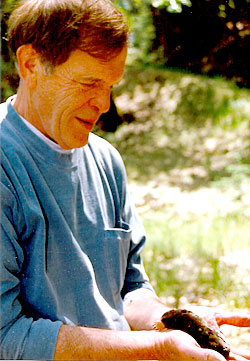 Lawlor came to Humboldt State College in 1969 with graduate degrees from the University of Kansas and the University of Michigan. As a faculty member in the Department of Biological Sciences for more than 30 years, he taught courses in mammalogy, advanced mammalogy, evolution, and biogeography. His courses were famously challenging and impacted the future of many students. For these efforts, he was awarded the Outstanding Professor Award by HSU (1989) and, later, the Joseph Grinnell Award for Excellence in Education by the American Society of Mammalogists (2001). Lawlor passed away in April.

When Lawlor arrived at Humboldt State, he found a vertebrate collection that had 739 cataloged specimens. Under his 32-year stewardship, the mammal collection grew more than ten-fold. Lawlor contributed 1,360 specimens to the collection himself, but, significantly, well over 5,000 specimens were contributed by the many students who accompanied him on collecting trips or who worked in the collection under his supervision. This exposure to museum science provided the foundation and inspiration for many young biologists to pursue the profession. His legacy lives through the thousands of students he influenced through his classes, his mentorship, and his friendship.

_Read more: Check out the feature story on the Lawlor Vertebrate Collection in the upcoming issue of Humboldt magazine, arriving in mailboxes at the end of March._