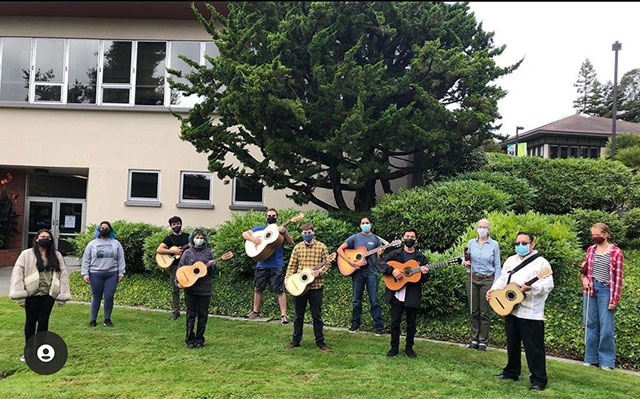 The Department of Theatre, Film & Dance is proud to present the debut concert of its newest ensemble, Mariachi de Humboldt, co-directed by Norverto Angón Gonzales and Jennifer Trowbridge. In addition to this historic concert, the music department will feature a display in the lobby of the principal mariachi instruments along with information on how to sign up for beginning guitar, strings, voice, and brass classes in Spring 2022. 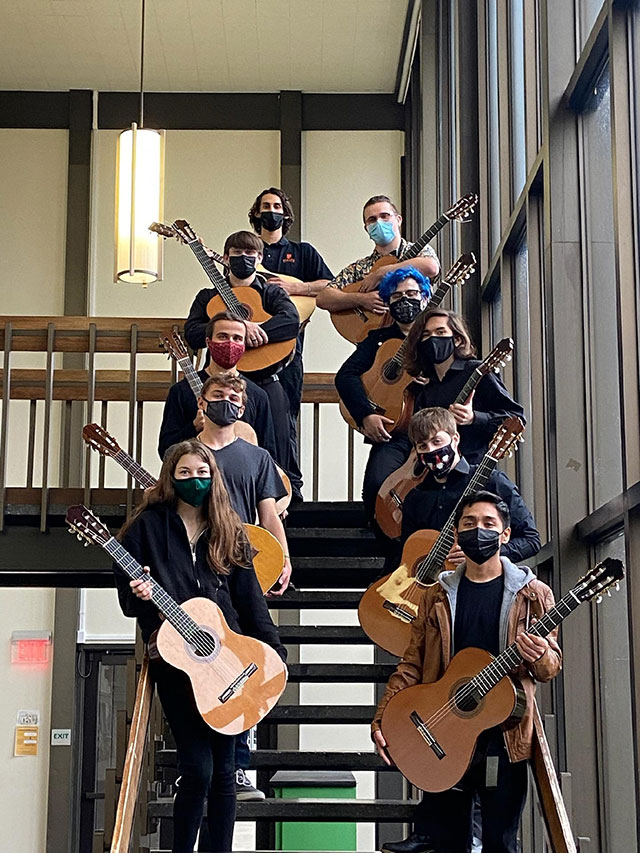 For many years, students, teachers, administrators, and community members have wanted to create a mariachi ensemble on the HSU campus, and finally this dream has become a reality. As a Hispanic Serving Institution, HSU is committed to offering curriculum that strongly embodies the campus identity and reflects its diversity. Thanks to the efforts of the College of Arts, Humanities & Social Sciences, Dean Rosamel Benevides-Garb, El Centro Académico Cultural de HSU, the Department of Theatre, Film & Dance, guitar instructor Jennifer Trowbridge, and many students and alumni, Mariachi de Humboldt has grown from a campus club to a weekly social gathering of musicians called Tertulia de Mariachi to an official performing ensemble and credited class on the HSU campus. Mariachi de Humboldt stands (and sings) for equity and inclusion.

Mariachi de Humboldt’s current 20 members include experienced and beginning students, as well as a few faculty and community members. Through support from Dean Benevides-Garb, the ensemble now has two guitarróns and two vihuelas, all custom-built by a luthier in Mexico. Mariachi de Humboldt is more than an ensemble: it is the feeling of home for HSU students majoring in music, geology, environmental science and management, wildlife, and psychology.

You can hear Mariachi de Humboldt rehearsing on Fridays 1–2:50 p.m., in or outside of HSU Music Building A.