Cal Poly Humboldt celebrated the graduation of more than 1,250 students who participated in three ceremonies in Redwood Bowl on Saturday. 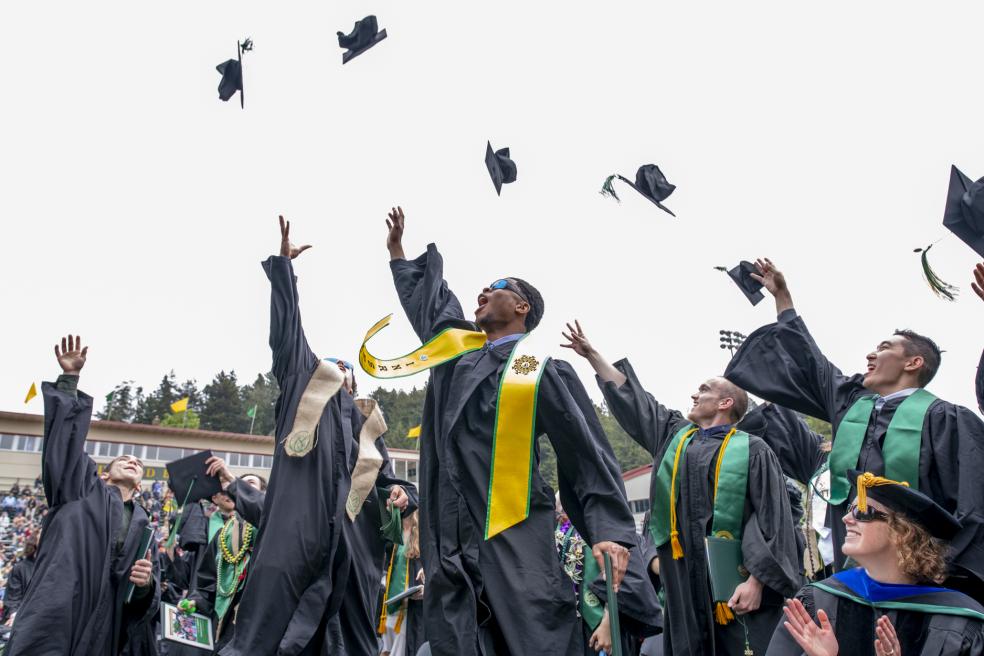 Cal Poly Humboldt celebrated the graduation of more than 1,250 students who participated in three ceremonies in Redwood Bowl on Saturday.

See what people are posting

Among the special guests were the honorable Abby Abinanti (‘70, Journalism) and renowned local activist Betty Kwan Chinn. Judge Abby, as she's known throughout Indian Country, is Chief Judge for the Yurok Tribe, where she is an enrolled member. Abinanti was the first Native American woman to pass the California bar and the first Native American woman in California to become a state judge.

Chinn received an Honorary Doctorate of Humane Letters and is one of only 13 recipients of an honorary degree in the University’s history. Chinn has spent the past four decades working to restore hope and dignity to those experiencing homelessness. In 2010, Chinn was awarded the Presidential Citizens Medal, the second-highest civilian honor in the country, by former President Barack Obama, who praised her effort and success in “renewing America’s promise by serving those in need.”

Cal Poly Humboldt also honored its Golden Grads. These alumni who graduated at least 50 years ago returned to their alma mater to participate in golden robes.