In the face of climate change, white spruce trees at the highest elevations in southwest Alaska are responding to increased temperatures with positive growth, while lower elevation trees appear to be experiencing reduced growth and susceptibility to attacks by spruce beetles according to a new study recently published by HSU faculty and alumni. 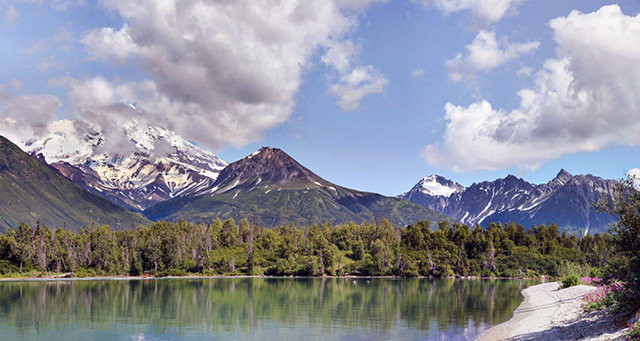 The study tells the complicated story about the effects of climate change on trees in Alaska and helps scientists and land managers better understand how trees respond. “Recent changes in temperature and precipitation are altering high-altitude forests, although the specific effects depend on the biogeographical setting,” the researchers write.

Observers know the forests are changing, but where these transitions are occurring and how climate variability plays into these dynamics is relatively unclear. The study sheds light on how white spruce responds in maritime versus boreal ecoregions near the boundary of boreal forests of North America. The study also notes that precipitation is having a significant effect on tree growth in the years after 1985 compared to prior decades when tree growth appeared to be stable despite variances in rain and snowfall.

Amy Miller, manager of the monitoring program for the Southwest Alaska Network of National Parks, points out the importance of the research. “The study provides information to the parks about where spruce are showing increased growth in response to warming, and where growth has been declining in recent decades. In areas of decline, stands may become vulnerable to damage by insects or disease, which has direct effects on wildlife, subsistence activities, and visitor experience.” 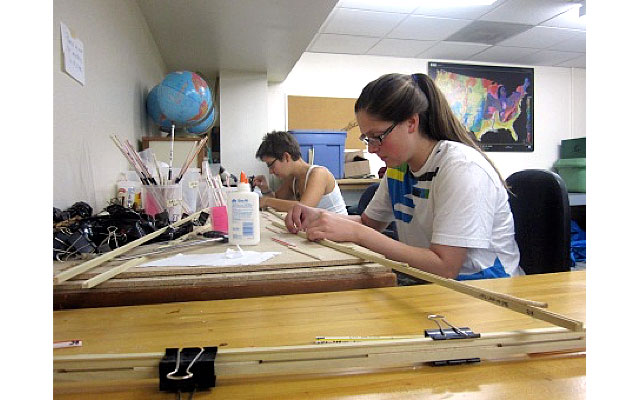 As undergraduate students, the students worked with Sherriff in HSU’s Dendroecology Lab to understand the effects of climate change across a wide range of forest ecosystems.

According to Sherriff, working in the lab affords students the opportunity to gain valuable experience as researchers while also developing skills in teaching.

“I’ve been incredibly impressed with the research skill level our undergraduate students carry out at HSU” said Rosemary Sherriff, “These three students also went on to train other students in the lab, including graduate students, on techniques involving measuring and dating tree rings, running statistical software, and developing databases that will be used by future student researchers.”

For Muth, a co-author of the study, working in the lab gave her the chance to hone skills that added to her education. “Even though I did not take formal forestry or statistical analysis classes, I was one of the primary research assistants on various projects and publications while working in the lab. I had support from Dr. Sherriff when needed, and was encouraged to problem solve and troubleshoot before getting an automatic answer or fix from Dr. Sherriff.”