Compelling films from around the world will be featured in the 55th annual Humboldt Int’l Film Festival, billed as the longest student-run film fest in the world. 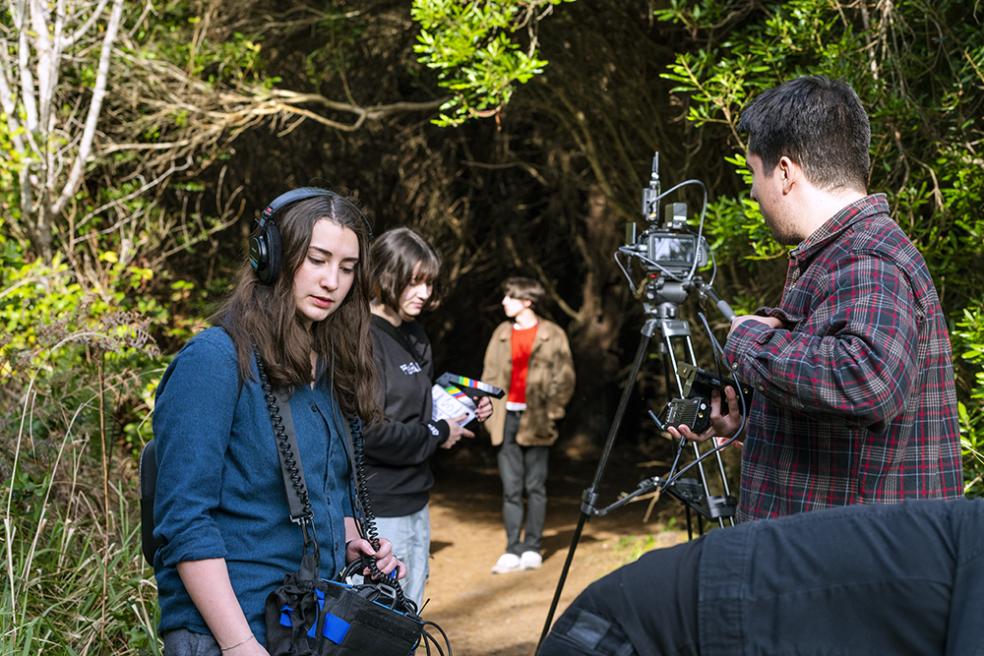 Film students on location in Trinidad, California, filming "A Flame.”

Compelling films from around the world will be featured in four main categories of Narrative, Experimental, Documentary, and Animation. This year’s event—screened virtually and in-person—includes “Fight for Your Rights,” films that explore human, social, and environmental rights.

The internationally recognized independent film competition, created in 1967 by Humboldt students, has been planned, promoted, and presented annually by University students, making it officially the “longest student-run film fest in the world.”