Poetry Set to Music: Hope and Healing in the Latinx Community

In a unique fusion of music and poetry, Cal Poly Humboldt is hosting “Sana, Sana: Hope and Healing for Latinx Communities in Times of Precarity.” The free performance on Sunday, April 24 is inspired by a poetry contest on the theme of hope and healing in Latinx communities.
Image

Cannabis Research Connects with Many Disciplines

The roots and branches of cannabis research extend well beyond its traditional beds of botany and social justice, spreading tendrils to settler colonialism, global capitalism, and environmental stewardship. This was the impetus behind a book edited by the co-directors of Cal Poly Humboldt’s Humboldt institute for Interdisciplinary Marijuana Research.
Image 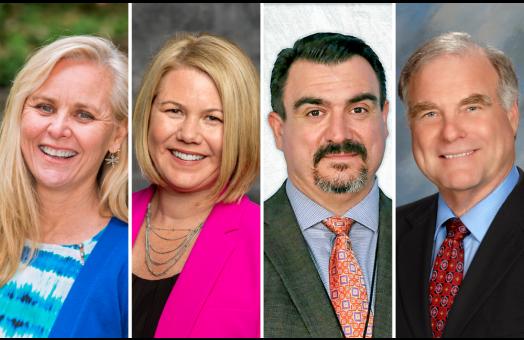 “I am excited for service, and am ready to work hard," says alumnus Samuel King (‘21, Geography), who will serve as a volunteer in Zambia.
Image

In a first for Cal Poly Humboldt and to advance student success, the University is offering two free summer session classes for undergraduate students currently enrolled in a degree program.
Image 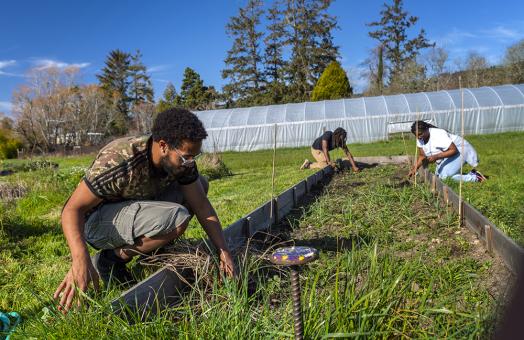 'Black to the Land' Nurtures Growth and Connection

Helping students find kinship with the land and the community through the Black to the Land Farm Project, which trains and supports Black students to be the next generation of farmers.
Image 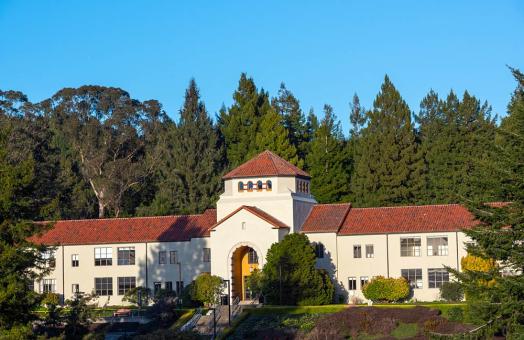 Cal Poly Humboldt’s Food Summit 2022 is underway, with many opportunities to volunteer and learn about food systems and sustainability.
Image

“I’m not a pure forestry guy.” So says “forestry guy” Cal Mukumoto (‘77, Forestry), who was appointed Oregon State Forester last year. “I’ve had a varied career and for me to be in this position is a surprise.”

The Gift of Practical Plant Experience

Cal Poly Humboldt’s Dennis K. Walker Greenhouse boasts one of the largest teaching collections of living plants in California. Now, thanks to a generous gift from the facility’s namesake, Professor Emeritus Dennis K. Walker (‘60, Botany), the iconic campus facility will get an injection of TLC this semester with funding to hire a permanent assistant manager.
Image 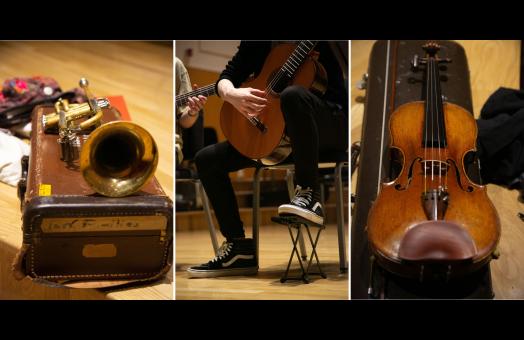 The Cal Poly Humboldt Guitar Ensemble and friends will play Friday, April 15 at 8 p.m. in Fulkerson Recital Hall. The concert includes a variety of musical styles and ensembles, including a guitar octet playing an arrangement of Monteverdi's “Orfeo,” a banjo trio performing old-time clawhammer banjo, performance poetry with guitar and marimba, and the much-anticipated return of the school’s newest ensemble, Mariachi de Humboldt.
Image 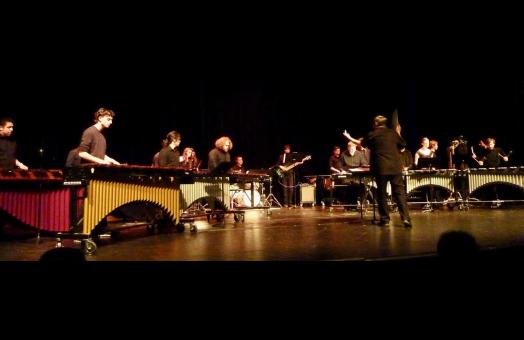 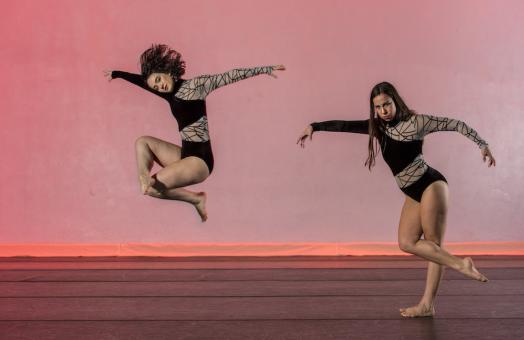 Jazz, Folkorico, and Everything in Between

The School of Dance, Music, and Theatre at Cal Poly Humboldt presents Dance Visions, a dance concert that opens Wednesday, April 13 at 7:30 p.m. in the Van Duzer Theatre on campus.
Image 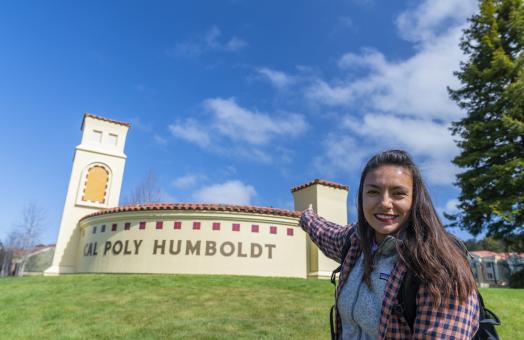 Hundreds of prospective students, family members, and guests are expected to visit campus for Cal Poly Humboldt’s open house, Spring Preview and Preview Plus, a two-day and more immersive experience. 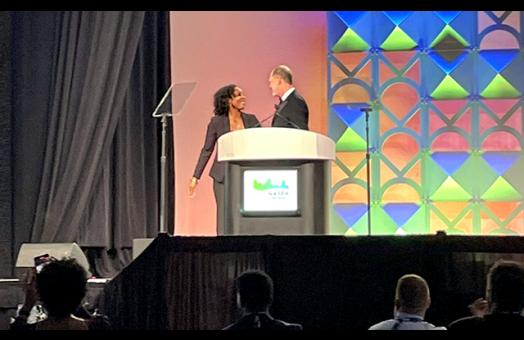 Gender and racial inequity are weighing on women administrators who work in Student Affairs at colleges and universities, affecting their wellbeing and personal lives, according to research by Eboni Ford Turnbow, Dean of Cal Poly Humboldt Student Affairs.
Image 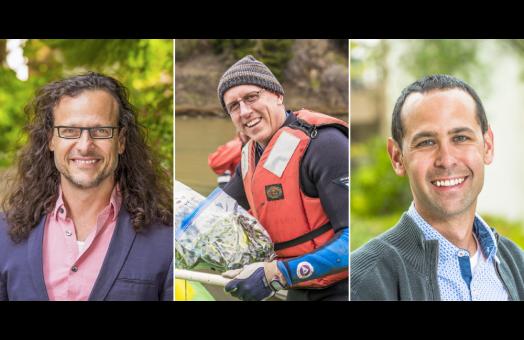 Lessons of resilience. Engagement between student and faculty in the classroom.  Dreams of freedom and of confinement in the era of Japanese incarceration. Three powerful talks by winners of the 2021-21 Distinguished Faculty Awards.
Image 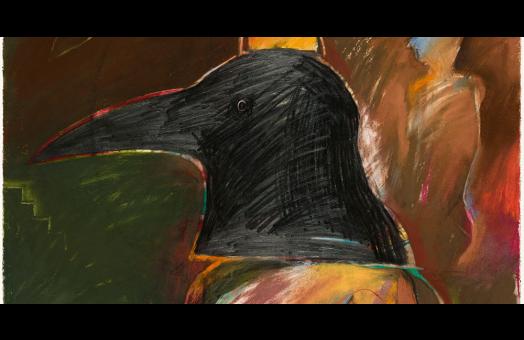 Crow's Side of the Tale: Life & Art of Rick Bartow Opens at the Goudi’ni Gallery 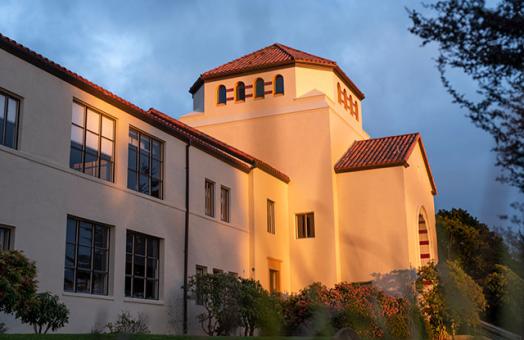 Toyon Literary Magazine will host a release party for its 68th volume on Zoom, March 29, from 3-5 p.m.
Image 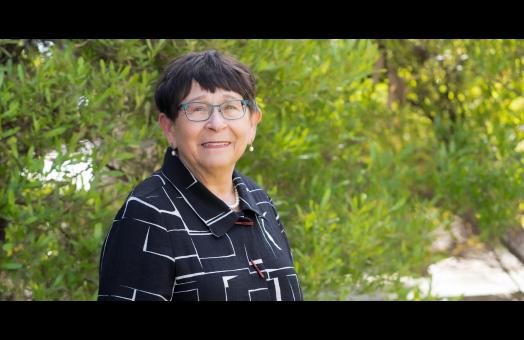 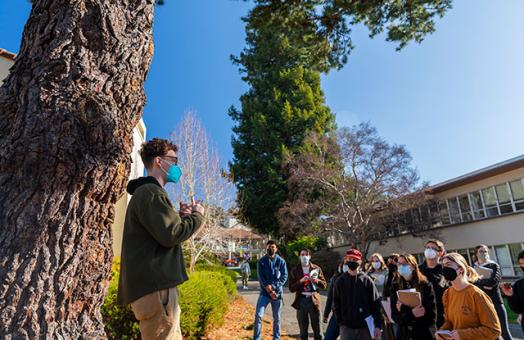 Ten students were chosen as the 2022 outstanding student researchers, following competitive review of their written summaries by the Planning Committee for Research, Scholarly and Creative Activities.
Image 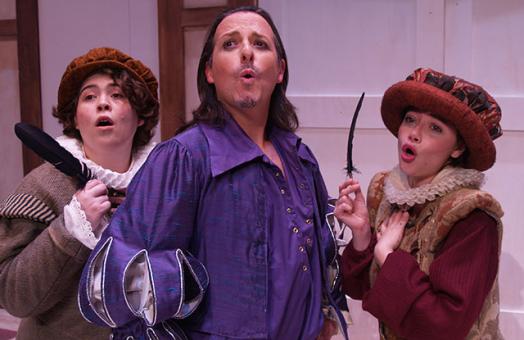 'Something Rotten!'—Singing, Dancing, and Over-the-top Characters

Documenting the Past and Preserving the Future

Inspired by their passion for Humboldt, history, and lifelong learning, Jerry and Gisela Rohde have made a transformational gift to the Cal Poly Humboldt Library and its Osher Lifelong Learning
Image 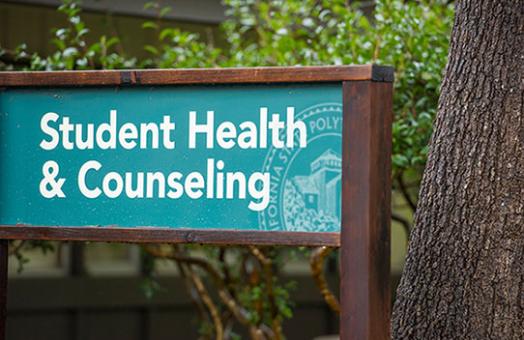 Telehealth has proven to be an essential tool for helping students stay connected with healthcare providers during the pandemic. To continue supporting the health and wellbeing of students, Cal Poly Humboldt has added a supplemental telehealth service called TimelyCare.